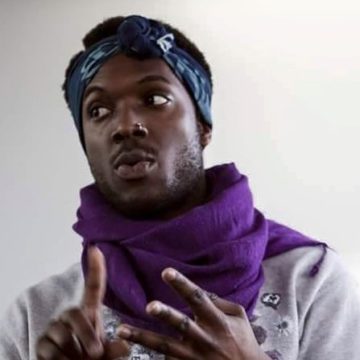 Malcolm Shanks (they/them) is an activist, political educator, and consultant who works to gather people and power among marginalized groups. Born in Washington, DC, Malcolm was deeply impacted by the cultural and political power of DC’s Black movements. He was quickly and personally inspired as a high schooler to improve the experiences of LGBTQ students, and at that point began to advocate, facilitate educational workshops, and run support groups.

In the more than 15 years since, Malcolm has created and led hundreds of trainings with  thousands of students, activists, non-profit workers, and artists. Their approach uses storytelling, media, and art to ground people in the why’s and how’s of oppression, exploitation, and resistance. With these methods, Malcolm has developed projects as diverse as skills training on electoral campaigns, identity development workshops among college students, and participatory history projects for community activists.

Malcolm is a co-creator of the zine Decolonizing Gender: A Curriculum, an interactive workbook that examines the relationship between transphobia, white supremacy, and European colonialism from a personal-political perspective.

Malcolm worked from 2016-2020 at Race Forward, a national racial justice organization, as Senior Trainer and Content Coordinator. They designed and led racial justice trainings and provided organizational development coaching for groups building racial equity in their workplaces. Prior to Race Forward, Malcolm held a position as a national organizer at the National LGBTQ Task Force, where they worked around the country to pass state and local non-discrimination protections for transgender people.