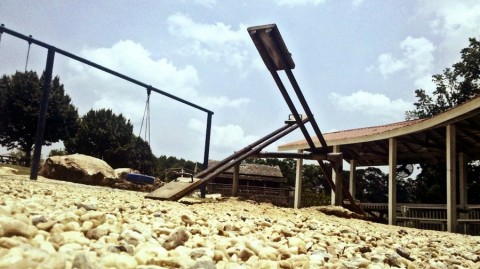 How do I handle my privileges responsibly and avoid the “oppression Olympics?”

I have spent a lot of time being “one of the only ones” – a woman of color in largely white spaces. It’s a familiar though tenuous place to be. The project of my life has been to figure out how to stand in those spaces and put the enormous privileges I have at the disposal of people on the margins – particularly poor people and people of color. I learned early in my life and faith that “to whom much is given, much is expected.” So, first, a word about the privileges, then a few of my current questions about living with these privileges responsibly, leveraging them to the fullest and divesting when necessary.

I’m a black woman in the U.S. Those identities carry a history of oppression and struggle, solidarity and pride. They form and inform the way I understand myself and the way the world sees me. While I am a target of oppression in ways that shape who I am, I am also acutely aware of the ways in which I benefit from many other privileges. I’m a second generation Cape Verdean—American. In other words, I’m from a black immigrant community whose people have had a tumultuous and nonsensical relationship with U.S. racial categories. My grandfather (a brown skinned man) was able to naturalize at a time when the U.S. didn’t allow non-whites to become citizens because at that time Cape Verde was still a Portuguese colony and Cape Verdeans were classified as “white” Portuguese no matter their color. Citizenship was conferred on the basis of “honorary whiteness” conferred by a colonial relationship. I was raised in a farm town by parents with working class jobs and middle class sensibilities who groomed me for college. I went to an elite university and carry the privilege of multiple degrees, command of standard English and ease with writing and math. I’m mostly able bodied, heterosexual and a Christian. Though I’m not a manager, I carry the privilege of tenure and the assumption of competence in my work life. My lighter skin carry privileges that can extend from white spaces into spaces of color.

I’m acutely uncomfortable about and even offended by some of these privileges (like light-skinned privilege, for instance). And, I’m acutely aware of how this package of privileges has come together to offer me a very comfortable life, racism and sexism notwithstanding. This has sometimes lulled me into a false sense of security about functioning “as if” all (or least many) things were equal in my smaller context, even if things are stilled messed up in the wider world. Every once in a while I am reminded about how ill-advised it is to think this way. Even in an apparently exceptional situation (at work, in my neighborhood, etc.), my target identities (black, female) demand a certain vigilance. In the midst of these privileges and the need for vigilance, many questions arise.

What privileges do you benefit from? How do you make sense of them and handle them responsibly?

How do I figure out which privileges to leverage, which to minimize and which to divest?

Privileges that should be available to everyone—like the assumption of competence or the freedom to choose where one will live—should be leveraged so that more and more people experience them. Privileges that shouldn’t be conferred on anyone—like the assumption that speaking a certain way (standard English with no “accent) is somehow related to intelligence—should be resisted and rejected. Almost sounds simple. But while I’m working for change, how do I divest of privileges that are conferred without my doing anything to “accept” them? For instance, how does one divest of language-based privileges in a society that is built around standard U.S. English? Or light skinned privilege in a society where color consciousness and European beauty standards have been so thoroughly internalized by white people and many people of color alike?

What privileges have been conferred on you? How do you deal with them responsibly?