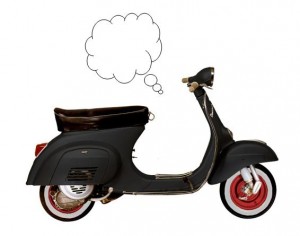 Riding into IISC this morning by scooter, I was reflecting on some things that have happened in the last week as a way of getting ready for a conversation I;ll be in this afternoon about how to bring more social media tools into our consulting practice. As we are working globally with groups (among which is a beginning field of Philanthropy for Social Justice and Peace) and are attending to our carbon footprint, we’re looking at ways to deepen our practice in this regard.

A few things came to mind. I was reflecting on a number of important things I’ve seen happen for advocates over the past week on Twitter. The Moldovan “twitter revolution” that came about because six friends were drinking coffee, discussing how upset they were about what they saw as election fraud and decided to try to start a flash mob, gathering their friends to protest. They were expecting a few hundred to come but by the time they got to the square, 20,000 people were waiting – and the votes had to be recounted. (Click here for an article about this.)

Or the Egyptian blogger, journalist and human rights activist Wael Abbas, who was arrested over the weekend and tweeted constantly everything that happened to him. This was passed around on twitter so that he ended up with hundreds more people following him by the end of the day – and was released. As Ervin Staub talks about in The Psychology of Good and Evil: Why Children, Adults and Groups Help and Harm Others, this was a powerful demonstration of the importance of bystanders actively witnessing atrocities and making it known that they are – in this case, in a virtual space.

And then there was the Twitter and Facebook firestorm that happened over the weekend about Amazon’s “de-ranking” books with gay and lesbian content. Within a few hours, the story was the top story on twitter and (from my small section of Facebook) was also one of the most frequent things being written about on Facebook. People were quickly signing petitions, passing along information about how to write to Amazon.com and starting a boycott until they changed the policy. Within about 24 hours, Amazon.com came out with an apology and has promised to fix it. (Click here for an article about this.)

While I personally am waiting until the books are all ranked again before I’ll shop from Amazon, it’s clear to me what a difference social media tools can make. They’re fabulous for spreading news quickly and for organizing a response.

And what about how to work together virtually – beyond quick responses to situations? What are the tools for that? I’ve been thinking a lot about this – more to come!