The book is in part retrospective, looking at the history of “the evolutionary perspective” that shook up perceptions of “a fixed world” when it suggested that creation is not static, but ever-changing.  This realization is still making waves and sinking in. Phipps writes – “As the fog of fixity lifts, we are finding ourselves much more than observers and witnesses to life’s unfolding drama.” In other words, the view of an evolving world is associated with a sense of movement, possibility, engagement, and response-ability (an ability to respond). END_OF_DOCUMENT_TOKEN_TO_BE_REPLACED

By his own admission, Dr. Gupta had been engaged in the practice of extracting information from people that served his own or purely academic purposes, without ensuring that the information made it back into the hands and minds of practitioners. He realized that “on efficiency and ethical grounds,” this could not continue. END_OF_DOCUMENT_TOKEN_TO_BE_REPLACED

I ended my summer reading with what was for me a fascinating book – Evolutionaries by Carter Phipps.  Phipps is the editor of EnlighteNext magazine and enthusiastic about what we calls “the evolutionary worldview” and how it is showing up in many different fields, from biology to sociology to philosophy and theology. He sees this perspective as transforming understandings of just about everything. Evolutionaries does a great service by deepening and broadening as well as bringing much more nuance to what I see as a very important perspective for the work of social change.  END_OF_DOCUMENT_TOKEN_TO_BE_REPLACED

We Are Moving, Part 2 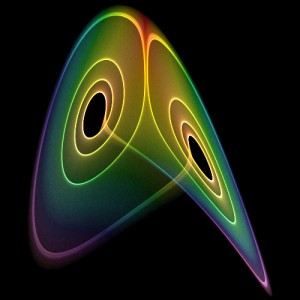 Yesterday I posted a bit of a summary of Carter Phipps’ provocative new book, Evolutionaries, which included the suggested trajectories from a variety of evolutionary thinkers and observers, including greater (and increasing rates of) external and internal complexity, convergence, creativity and change.  The implications I left off with included a call for a stronger embrace of our creative self-starting (entrepreneurial) potential and also the necessity of engaging in more intentional and skillful collective (cooperative or collaborative) effort.

To take this another step, there is much in the evolutionary (biological/physical and philosophical/spiritual) literature that validates and extends our thinking about how to work with life and dynamic systems to steward change in broadly desirable, just, and life-affirming directions.