A Poetic Ecology of Networks: Moving From “It” and “So That” to “Us” and “As”

Networks are fundamental to life, to liveliness and to livelihood. There is growing recognition of this fact. And at the same time, the frame through which one views networks has a lot to say about how one might be living out and into their potential, or not. For example, I still see people a bit enamored of “social network analysis” (SNA) in a way that concerns. It is the equivalent of pinning an insect to a board and dissecting it. The vitality of any living creature does not lie in understanding its “parts” alone, and pinning anything down does not allow “the observer” to see it in action, in its vitality. This is not to say that SNA cannot be helpful, but to keep in mind that anything frozen is not a true representation of life, and that the very observation of something changes it, as in living systems we are constantly engaged in the making “and bringing forth of worlds” through our interactions (see the work of the late Humberto Maturana) .

Which brings me to the use of “it” in referring to a network, or the idea of “building a network.” A network is not simply an it, it is an “us,” at least when we are referring to social and social-ecological webs. And a network is not simply a means to an end, a “so that,” if you will. Networks always “are” in some sense, in light of the myriad and often invisible connections that exist in our world. And as I have written before, the very nature of networks in terms of their patterns of connection and flow, has a lot to say about human and ecological health and resilience.

The use of “it,” which I certainly fall into, can create a degree of false and, in some cases, dangerous separation. A case could be made that much of what ails mainstream society and the human world is a severe case of distance and abstraction. As Andreas Weber has pointed out, this false separation in mainstream biological sciences can lead to the cutting off of something vital – our feelings and emotion! In The Biology of Wonder, Weber makes the case that far from being superfluous to the study of organisms (including social and and social-ecological networks), feelings (and I would add our bodies below the neck), are the very foundation of Life!

Which is why, increasingly, I am playing with full-bodied ways of engaging people in “network ways of thinking, doing and being” – at individual (internal to our selves – yes, we are networks!), group, and larger systemic scales. Whether it be poetry, music/song, meditation, storytelling, somatic practice, there is an apparent need to enlist people in a “poetic ecology” (in Weber’s words) of net work. This to me is key to helping to realize the regenerative potential of networks, and requires dedicated and deep practice.

What changes, what possibilities arise, when you shift towards “seeing” a given network as an “us” and an “as”? 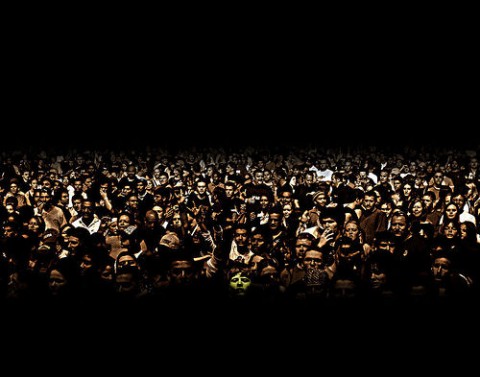 At the closing of last week’s Vermont Farm to Plate Network Gathering, my colleague and friend, Beth Tener of New Directions Collaborative, shared the following beautiful story and metaphor from the evolutionary biologist Elisabet Sahtouris.  In it is the invitation that we both feel net work offers – to not simply engage in new superficial ways of working, but to let it take hold of us in shaping a new “genome” for human awareness of and interaction with living systems . . .

A caterpillar can eat up to three hundred times its own weight in a day, devastating many plants in the process, continuing to eat until it’s so bloated that it hangs itself up and goes to sleep, its skin hardening into a chrysalis. Then, within the chrysalis, within the body of the dormant caterpillar, a new and very different kind of creature, the butterfly, starts to form. This confused biologists for a long time. How could a different genome plan exist within the caterpillar to form a different creature? END_OF_DOCUMENT_TOKEN_TO_BE_REPLACED

I capped off my summer reading with what was for me a fascinating and important book – Evolutionaries by Carter Phipps.  Phipps is the editor of EnlighteNext magazine and enthusiastic about the evolutionary worldview and how it is showing up in many different fields, from biology to sociology to philosophy and theology, transforming our very understanding not simply of the cosmos, but of ourselves.  Over the past few years, readers of this blog have probably picked up on the interest that my colleague Gibran Rivera and I share with Phipps when it comes to the evolutionary worldview.  Evolutionaries does a wonderful service in deepening and broadening as well as bringing much more nuance to this perspective, rendering it more timely, accessible and applicable to the work of social change. END_OF_DOCUMENT_TOKEN_TO_BE_REPLACED

The Biology of Social Change

I was alerted to this slide show by the Leadership Learning Community, for which I am most grateful.  I appreciate how it brings together considerations of complexity and living systems for organizational leaders.

By way of summary, here are the 11 “enabling rules” that the presentation highlights for leadership to work in better alignment (and sustainably) with dynamic systems: END_OF_DOCUMENT_TOKEN_TO_BE_REPLACED