“Thinking in terms of networks can enable us to see with new eyes.”

A couple of years ago I teamed up with Bruce Hoppe, a very skillful and savvy network mapper, to do a network capacity building and analysis engagement with a national education organization comprised of a growing number of member schools. While the organization referred to itself as a “network,” leadership recognized that it did not necessarily intentionally leverage itself as such, or do so with great consistency. Furthermore, there was reported unevenness of understanding among member schools of what it meant to be a member of this network. So Bruce and I were invited in to work with the leadership team to see what might be done to grow network awareness, intention and activity.

In addition to doing some “thinking like a network” training and coaching with the core leadership team, we put together a network survey that yielded some interesting results. The survey was intended to surface how people in the network currently took advantage of the network, what they valued about it, and what other value they would like to see come from their membership and participation.

In analyzing both the pattern of responses and the network map that Bruce constructed, we were interested to see stories emerge of mediated and self-organized collaborations between schools. This included reports of information sharing, staff exchanges, and coordinated learning. This raised a few questions – Was network leadership aware of these collaborations? Were others in the network familiar with them? The answer was that there was some awareness, but this was not at all widespread. The hypothesis emerged that if examples of collaboration were more widely shared and celebrated, this might become both license and motivation for others to do so.

Something else that emerged from the network map were signs of various geographic clusters of schools where there was relatively robust and/or growing communication and coordination. At the same time, there were schools that were in relatively close geographic proximity (in a state or sub-region of a state) where there was little if any interaction and exchange. Clusters in a network can become very powerful engines of collaboration, innovation and influence, both for members of the cluster and also the rest of the network. Leadership was invited to look more closely at the conditions that might be supporting interactivity in some clusters as opposed to others, and also to share examples of robust cluster activity with the rest of the network to inspire curiosity and connectivity.

Another take-away from the survey analysis was that there were clear (what we called) “champions” in the network, individuals who participated in many different virtual and in-person network activities at a relatively high degree of frequency. These super-users were identified as an asset to be further engaged to the extent that they might be ambassadors for the network as a whole, given their apparent enthusiasm. In addition, we raised the idea of creating a cluster of the champions, or a community of practice, that might exchange and prototype promising practices for network engagement.

Also related to this notion of champions was the discovery that the formal school coaching role that existed within the network could play a potentially powerful weaving function within the network. That is, coaches worked with multiple school leaders and often saw opportunities to make connections for the sake of peer exchange. However, this was not a formally condoned aspect of the coaching role. Leadership was invited to consider what it might look like to move coaches out of the role of highly customized support for individual schools and to do more generalized workshops and connecting of peers to ramp up interactivity, and support capacity, in the network.

Collaborations, clusters, champions and coaches-as-weavers – helpful isights from a network survey and map that we look forward to continuing to build upon and learn from, including how to leverage both virtual and in-person convenings to energize the network. 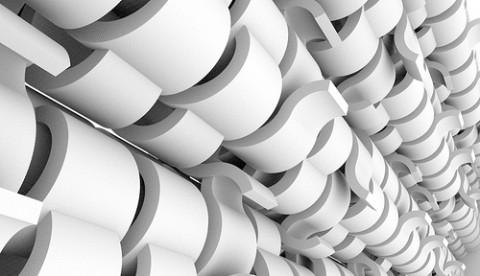 A number of readings I’ve come across lately reference the important consideration of organizational structure and how it encourages or discourages collaboration.  In a post from last week, I highlighted the book Reinventing Organizations by Frederic Laloux, which focuses on “evolutionary (Teal) organizations” that embrace an ethic of self-organization to facilitate more purpose-driven, holistic and responsible engagement on the part of organizational members.  In order to encourage self-organization and intrinsic motivation, these entities adopt less formally hierarchical and fixed-role structures in favor of fluidity and networked leadership.  According to Laloux, this brings more timeliness and relevance to the inner workings and responsiveness of these organizations. END_OF_DOCUMENT_TOKEN_TO_BE_REPLACED