END_OF_DOCUMENT_TOKEN_TO_BE_REPLACED

From August 20-23, IISC is excited to once again partner with the Center for Whole Communities to offer our jointly created workshop “Whole Measures: Transforming Communities by Measuring What Matters Most” at beautiful Knoll Farm in Vermont’s Mad River Valley.  This summer’s offering is meant especially for New England-based and focused food system and food security advocates.  This includes those working from different angles (production, distribution, access, public health) and scales (neighborhood, community, state, region). END_OF_DOCUMENT_TOKEN_TO_BE_REPLACED

Steps to an Ecology of Change 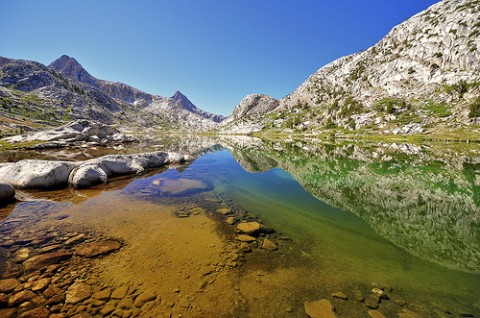 I love great writing, and for that reason always look forward to reading the newest issue of the Whole Thinking Journal from the Center for Whole Communities. The most recent issue can be found here, and features beautiful and thought-provoking pieces from my Whole Measures co-trainer Mistinguette Smith, former Ruckus Society Executive Director Adrienne Maree Brown, and CWC board member Tom Wessels, among many others.

I wanted to spend some time here reflecting on the Wessels article in particular, “Resilient Communities: An Ecological Perspective.”  Tom Wessels is a natural historian, a professor at Antioch University, and a keen observer and student of the landscape of New England.  He is also a proponent of understanding the dynamics of various kinds of complex systems, from eco-systems to organizations, as a pathway to knowing what constitutes more sustainable behavior.  END_OF_DOCUMENT_TOKEN_TO_BE_REPLACED