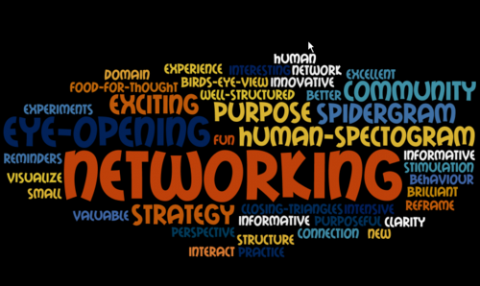 During a recent planning session for an upcoming conference on community food security, we had a rich discussion about ensuring that the gathering embody some of the future we are trying to realize.  This included breaking down silos and encouraging boundary crossing of different kinds.  To punctuate the value of this, Rachel Greenberger of Food Sol invoked the words of Cheryl Kiser  – “It’s not about breakthrough ideas, it’s about breakthrough interactions.” END_OF_DOCUMENT_TOKEN_TO_BE_REPLACED

Ultimately each of these efforts has steered clear of adopting an exact replica of a network structure that is working elsewhere, implicitly understanding my friend and mentor Carol Sanford’s mantra that “best practice obliterates essence.”  Instead, within and across these efforts they have been articulating some common “design principles” that guide their emergent and evolving structure.  Among these are some form of the following: END_OF_DOCUMENT_TOKEN_TO_BE_REPLACED

Make It Easy, Make It More 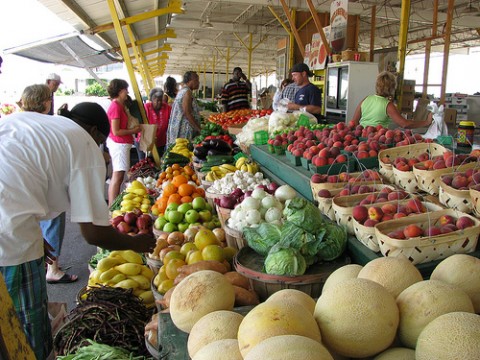 I have been blessed these past few months to have been in steady conversation with Adam Pattantyus of Merrimack Management Associates.  Adam’s background is a fascinating blend of military, industrial engineering, management, and clean technology professional experiences.  He is deeply thoughtful and committed to helping bring about the transition to more sustainable ways of being.  And he is the co-purveyor of a promising product and service in the form of an on-line operational infrastructure for collaborative action.  I learn so much from each of our interactions, and our meeting last week left me thinking about how to make much needed collaboration both easier and more ambitious for those interested in realizing deep social change.

END_OF_DOCUMENT_TOKEN_TO_BE_REPLACED

We probably met at a beautiful place and had a great experience together.  I might have facilitated, and that gave me the privilege of forging a stronger point.  We connected; we recognized each other as part of this same tribe of people who are committed to ushering forth the future that is so badly wanting to emerge.  We sense a shift, and we want to be a part of it – to make room for it.

I don’t want to be exclusive, but I’m not talking about everybody who was there.  I’m talking about you, with that unusual spark in your eyes and that incredible sense of excited anticipation that shows up even if you can be a little shy.  It was a real connection, and we both want to keep it alive.

END_OF_DOCUMENT_TOKEN_TO_BE_REPLACED

Facilitative Leadership in the Age of Connectivity

We deliver a powerful (by all accounts) leadership development program at IISC called Facilitative Leadership. It is our flagship training program because it directly speaks to the mindset, heartset and skillset needed to lead in the Age of Connectivity. Facilitative Leadership starts, ironically, with the notion that we must radically change our perception and thinking about leaders and leadership, itself. Originally based in a Newtonian, mechanistic understanding of how the world works, our ideas about leadership have evolved over the last fifty years. We’ve gone from a heroic, command and control approach to a more participative, collaborative approach that involved teams, less hierarchy, and a much higher level of engagement and input, to now — a time when our understanding of the world is informed by quantum physics and complexity theory…a world described by Tom Freidman as flat, where all of knowledge, not to mention finances, has been connected and democratized. We are defining and understanding leadership at a time when our systems breakdowns and global crisis demands that we create a future that is so radically different from the past

Several thought leaders with whom we are familiar have themselves been struggling with this concept: Peter Senge in his new book The Necessary Revolution introduces us to the idea of the animateur, the French word for people who seek to create systemic change. He says that an animateur is someone who brings to life a new way of thinking, seeing or interacting that creates focus and energy.” And, in Peter Block’s new book, Community – The Structure of Belonging, he renames leaders as “social architects” defined by their ability to set intention, convene, value relatedness and present choices. The animateur and the social architect seem to be getting us closer to the kind of leadership we need for these times.

As we embrace leadership as being first and foremost about shared responsibility, as a leveraging and unleashing of much needed collective intelligence and commitment; we see in fact that the central task of leadership today is to create the conditions for others to flourish and to thrive, to step into their own power. We see that the roles that leaders play in these times are more aptly described as catalysts, champions, connectors. We see that these leaders are strategic, collaborative, and flexible and they are most often rooted in real authenticity, service and love.

We are daunted in our sector by the demographic reality of baby boomer leaders exiting in the next five to ten years, leaving a massive leadership gap. Or, now, because of their disappearing 403(b)’s, postponing retirement and causing another set problems. I am wondering if this conversation – while important and real – may also be taking us off course or at least maybe taking up too much of our time.

My belief, particularly in these most troubled times, is that we are being called to boldly invest in and develop networked, boundary-crossing social architects….multi-cultural, multi-generational social architects. We need to build their capacity in collaboration, design, facilitation, network building and the uses of new social media in service of real change. It is our collective capacity that will lead us into a future that is so very different from the past.