Just like that, an unexpected gift and enhanced visual value! I asked for Claudio’s permission to post, which he granted, and we both agree it is a wonderful example of what happens when you work out loud (see principle #9 below). Enjoy, and please feel free to rift on these images and the principles below, and if you do, let both of us know what you create. END_OF_DOCUMENT_TOKEN_TO_BE_REPLACED

END_OF_DOCUMENT_TOKEN_TO_BE_REPLACED 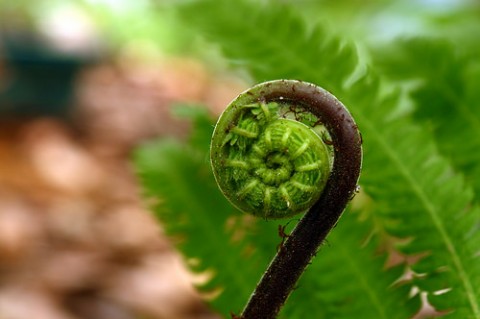 Spring seems to have finally arrived in New England after a long and very hard winter. For me this brings with it gratitude and utter amazement at the regenerative power of life. To have seen the mounds of snow and ice only a month ago, and along with it many frozen hearts and souls, I find it amazing as I watch the colors and sounds and spirit of this new season come forward with what almost feels like reckless abandon. Such is life and its regenerative nature, the ever present “growing edge.”

This is cause for me to reground in the teachings of mentors I’ve had who have introduced me to the power of “regenerative thinking,” an approach that aligns with a living systems view of life. Regenerative thinking can stand in contrast to mechanical approaches, which assume a rather linear, predictable and controlled environment. The very notion of regeneration is an invitation to examine some of the underlying assumptions of our actions, to lift up for closer inspection how our thinking may or may not be in alignment with what we are really after, what we are trying to bring to life, in the realm of social change. END_OF_DOCUMENT_TOKEN_TO_BE_REPLACED

There is growing awareness that current organizational structures can breed irresponsibility.  That is, arrangements are created where people are less able to be responsive in helpful ways.  This happens, for example, when accountability is bottlenecked in hierarchies and decision-making is distanced from where the action is most timely and relevant. END_OF_DOCUMENT_TOKEN_TO_BE_REPLACED

Over the past five years or so of supporting self-declared “networks” for change, I have evolved in my understanding of what is new when we call something a network, versus a coalition or collaborative or alliance.  On the surface, much can look the same, and one might also say that coalitions, collaboratives and alliances are simply different forms of networks.  Yes, and . . . I believe that what can make a big difference is when participants in a network (or an organization, for that matter) embrace new ways of seeing, thinking, and doing.  So let me propose that network approaches at their best call on us to lead with some of the following: END_OF_DOCUMENT_TOKEN_TO_BE_REPLACED

At the Interaction Institute for Social Change, we are in agreement with Professor john a. powell when he points to the need to consider and make fundamental structural changes in our country and communities for the causes of greater social justice and sustainability. END_OF_DOCUMENT_TOKEN_TO_BE_REPLACED

Last week, I had the opportunity to work with a cross-sectoral group of emerging and established leaders from around southern Maine through the Institute for Civic Leadership, an initiative IISC had a hand in establishing some 18 years ago.  For the past six years I’ve offered three days of collaborative capacity building entitled “Facilitative Leadership and Teams” to each successive cohort, and it’s been interesting to see how the offering has evolved over time.  Throughout there has been an interest in looking at how to leverage what is now an incredible base of 500 + individuals who have been through this leadership program.  And so this year we dived formally into network building strategies. END_OF_DOCUMENT_TOKEN_TO_BE_REPLACED