END_OF_DOCUMENT_TOKEN_TO_BE_REPLACED

It is rare for any of us, by deliberate choice, to sit still and weave ourselves into a place, so that we know the wildflowers and rocks and politicians, so that we recognize faces wherever we turn, so that we feel a bond with everything in sight.” 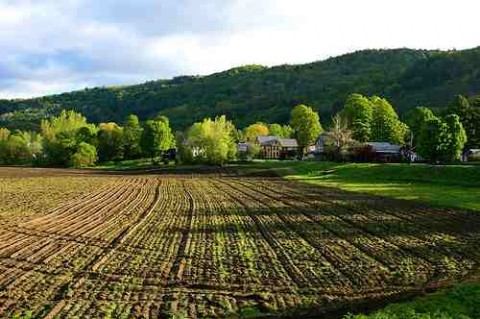 Some dozen years ago I went on a road trip with my grandfather to our ancestral home in Arkansas.  Leaving from upstate New York at this time of year was not exactly a recipe for easy driving and awe-inspiring views.  After a particularly dreary stretch in Ohio, I was ready to snooze the rest of the way when we crossed over into Kentucky.  Suddenly things opened up.  As we continued south on Route 75, I felt my body started settling into the lovely rolling farm-studded landscape.  I remember how my breathing eased and the extraordinary sensation of “being home,” though I had only been to the state once before.