In our mainstream culture it seems that many people tend to look at things in isolation, without appreciating that context and relationship have so much to say about the nature of … well, everything. Think about the following examples: END_OF_DOCUMENT_TOKEN_TO_BE_REPLACED

Ten thoughts, in no particular order, nor meant to be exhaustive: END_OF_DOCUMENT_TOKEN_TO_BE_REPLACED

I learned recently about the work of HASTAC and Cathy Davidson, and appreciate what she raises here about the importance of designing for divergence and difference.  And I would also take her up on her third question and ask what she might be missing.  For me, it is one thing to distinguish between experts and novices, and another thing to altogether redefine “expertise,” understanding that academic/formal educational training is not the sole source of valuable knowing.  Let’s lift lived experience to that level as well! END_OF_DOCUMENT_TOKEN_TO_BE_REPLACED

I am grateful to Ellen Parker of Project Bread for passing this video along to us.  I find deep resonance with the messages that “identity is powerful” and that we need to balance our enthusiasm for design, technology, and creativity with an embrace of suffering and injustice.  And how about the invitation to see everyone as more than the worst thing that they have done?  Do yourself a favor and watch this important and inspiring talk.  Thank you, Mr. Stevenson.

I apologize to the passionate and brilliant Hena Ashraf for failing to link this post to her blog.  My friend Saulo Colon shared her story with me and I wrongly assumed he had written it.

I woke up today as I’m sure many of you did thinking of how I get to wake up today, and Troy Davis doesn’t. I thought about how this country kills innocent people abroad and at home. And I felt immense frustration at the recent news of how much the NYPD targets and monitors the Muslim community. I went to the Troy Davis rally that took place last night at Union Square at 5pm.

END_OF_DOCUMENT_TOKEN_TO_BE_REPLACED 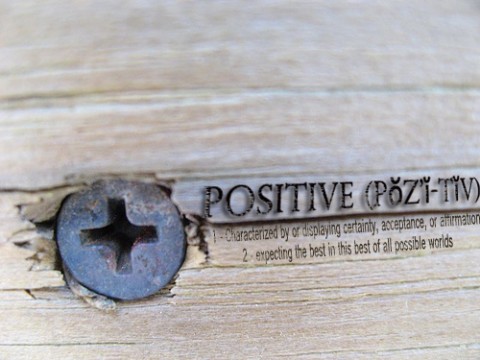 In a previous post I referenced the work of Marcial Losada, which indicates that elevated group performance is associated in part with a high degree of “positivity.”   Specifically, groups that excel in terms of innovation and productivity tend to be those where there is at least a 5:1 ratio of positive to negative interactions.  The importance of this ratio has been further highlighted by some other findings and experiences I have had working with community-based activists.

END_OF_DOCUMENT_TOKEN_TO_BE_REPLACED

Knowledge is Half the Power

Many of us in the United States have been assured from an early age that knowledge is power. While this is true, it is incomplete. Knowledge is half the power. (And if not exactly half, some percentage of power). There are a number of other factors which make up power including but not limited to, race, class, age, sexual orientation, finances, who one knows, societal norms of one’s environment and most importantly, action. Knowledge means little, if it is not acted upon.

We learn every day. Every now and then, we learn of an injustice in the world which hits us just right, to the point that we want it to change it. Often however, we are far removed from the injustice, so either we forget it or become overwhelmed by the task of taking action. As a result, we may fall into a cycle where we simply read more about the issue, or keep telling others of the injustice, but never get around to concrete action. And while action may be hard part, it also seems to be the most rewarding. How do we make that leap to act when the injustice seems insurmountable? How do we harness the energy of those who came before us, who know what tactics work for each issue?