“I believe that we can restore our hope in a world that transcends race by building communities where self-esteem comes not from feeling superior to any group but from one’s relationship to the land, to the people, and to the place.” 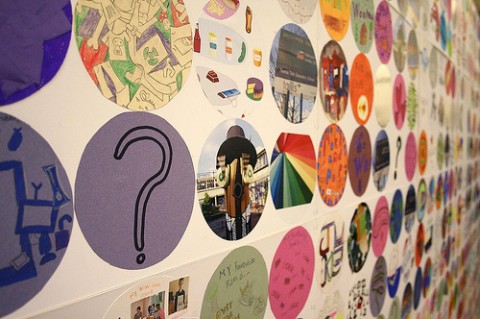 The physicist Fritjof Capra, founder of the Elmwood Institute, tells the story about a meeting convened years ago by him and his colleagues with a group of Native American elders and thought leaders to explore different perspectives around ecological thinking.  From the outset, the gathering was marked by some suspicion towards the Elmwood group, given the historic dynamics of exploitation.  The meeting opened with a round of introductions, and an Okanagan woman from British Columbia was first to speak.  She began by stating the tribe from which she came and then described the landscape where the tribe lives.  She then talked about her father’s and paternal grandparents’ origins, in similar detail, and continued with a description of where her mother and maternal grandparents’ came from.  In the end, she linked each family member not just to a named geographic location, but also an illustration of the associated rivers, mountains, plants, and animals.  “This is who I am,” she said, wrapping up. “The features of the land determine my conduct, responsibility, and ethics.  Now I want to know to whom I am talking, before I say anything else of substance.   And I don’t want to hear the books you’ve read, the degrees you’ve obtained, or the organizations you are a part of.” END_OF_DOCUMENT_TOKEN_TO_BE_REPLACED 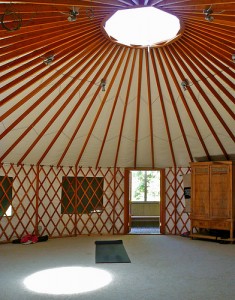 Last week I blogged from Knoll Farm in Fayson, VT, where I was  serving as a co-trainer of our Whole Measures workshop, which we offer in partnership with the Center for Whole Communities.  In that post I reflected on the connection that the Knoll Farm site creates between people, and between people and land.  A remarkable aspect of the Farm is its intentional design, in that its human-made elements naturally work with and build upon the contours of the landscape and draw people’s attention to certain dynamics that reflect essential truths.  An example is the large yurt, that sits on an outcropping at the end of an old logging road.  It is a welcome (and welcoming) sight as one rounds the bend having climbed a fairly long steep incline.  Its brown and green colors integrate nicely with the forested landscape, and its very structure invites one into contemplation about the life that surrounds it and with which it is in relationship. END_OF_DOCUMENT_TOKEN_TO_BE_REPLACED

Writing this post from beautiful Knoll Farm in Vermont’s Mad River Valley where we are offering Whole Measures for the first time with the Center for Whole Communities as host.  Knoll Farm is something to experience, a 400 acre working organic farm and retreat center with stunning views that speaks to the power of place as a foundation for our agency in the world.  Much of what the Center for Whole Communities stands for is the bridging of boundaries, between people and the rest of the natural world, between cultures, between experiences and perspectives.  And this site bespeaks a profound love for the diversity of land and community that sustains us all.  We hope that this is just the first of many offerings at this unique and mundane (very much of the world) spot.

In a little book that is on the table in my yurt entitled Entering the Land: A History of Knoll Farm, co-founder Peter Forbes writes, “We are lucky have such a place as a teacher.  In spite of all the pressures that might have made its history obscure and irretrievable, Knoll Farm remains a testament to the story of the past.  Similarly, it sets a promising stage for the story of the future.  How will this story read?  What role will humans play in it? . . .  The answers to these questions are in the land, for the land is the root of our well being.  It is time to listen, to sink our hearts in the soil and make it familiar again.”

Yesterday I had the opportunity to visit with staff of a few unique organizations in central Vermont, including a conversation with Peter Forbes at the Center for Whole Communities in Fayston.  What Peter, his wife Helen Whybrow, and their colleagues have created at Knoll Farm, a working organic farm, is truly inspiring, not just for the beauty of the land it occupies and the amazing views that are afforded of the surrounding mountains of Mad River Valley, but also because of the thoughtful attention that has been given to every detail of the Center and the programs that it offers.

The Center for Whole Communities is focused on reconnecting people to land, to one another, and to community as a way of healing the divisions that exist between those who are working for social justice and environmental conservation.  To this end they have created a setting and experiences that carefully tend to this mission of reconnection, from immersing people in the landscape, to engaging them in dialogue and storytelling, to grounding them in creative expression and contemplative practice. END_OF_DOCUMENT_TOKEN_TO_BE_REPLACED