The new food movement, which is really several related but distinct movements, is a beacon of hope in this country.  You can find evidence of this in many diverse settings, from Flint, Michigan to Northeast Iowa to northern Vermont to Oakland, California.  While there are important distinctions in terms of emphasis and core players, one cross-cutting theme appears to be that we must create new structures to better nourish ourselves (calorically, economically, socially) through policy change, different land use patterns, new infrastructure, stronger relationships with ecosystems, new enterprises, and community building.  From the growing number of food policy councils, to alternative financing mechanisms, practices like permaculture and agroforestry, and more intentional network building, people are setting the stage for some significant societal shifts. END_OF_DOCUMENT_TOKEN_TO_BE_REPLACED

I’ve been closely and excitedly watching and participating in the local food and urban agriculture movement as it grows both here in New England and in my native Michigan. Detroit has certainly been catching national attention, in part due to exposure via films such as “Urban Roots” and the good and ongoing work of the likes of the Detroit Black Community Food Security Network and the Fair Food Network. And my lesser known and native Flint is doing its own to grow what my friend Stephen Arellano has called “a human scaled economy” rooted in a reclamation of old industrial and abandoned residential lands for the purposes of equitably feeding the community, not just through good food, but through a grounded education and good profitable work. END_OF_DOCUMENT_TOKEN_TO_BE_REPLACED

Comments Off on Urban Roots and New Economies
May 23, 2012

Feeling nostalgic, shaken, stirred, and inspired during my current trip to Michigan, and my first return visit to my hometown of Flint in 15 years.  So much here has changed: foreclosures – 2,000 last year alone, 40% of all property parcels in the city are vacant or abandoned, jobs have disappeared now to the point of 25% unemployment, 36% of all residents live in poverty, half of the student population in the public schools has left in the last 10 years resulting in numerous school closings including my high school, of those students that remain 81% qualify for free lunch.  And the flip side, there are anchor institutions, physical landmarks, and stalwart active citizens (thank you, Sylvester Jones and Harold Ford, among others!) that remain and provide some sense of backbone, continuity, and hope. END_OF_DOCUMENT_TOKEN_TO_BE_REPLACED

A U-turn for Youth Opportunities

This post comes courtesy of staff from the Center for Arab American Philanthropy who attended the convening in Michigan that Cynthia and I facilitated last week. As the post mentions, youth played a key role in the proceedings, offering up moving testimonials and powerful elements of a vision for moving the state forward to a place of opportunity for all . . .

Concerned with issues of youth opportunity and racial equity in Michigan, the Council of Michigan Foundations (CMF) hosted State of Opportunity? The Road Ahead for Michigan on March 27. The Center for Arab American Philanthropy (CAAP) was in attendance, representing the Arab American community while the convening tackled structural racism in philanthropy and “cradle to career” grantmaking. END_OF_DOCUMENT_TOKEN_TO_BE_REPLACED 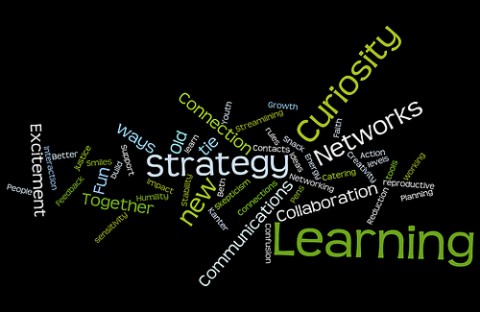 A year ago I blogged about the critical role of convening in collaborative multi-stakeholder change work, particularly as it plays out through a funder.  Having been in Michigan last week working with a group of diverse foundations in a customized Facilitative Leadership session, I have additional thoughts to offer stemming from a very productive and provocative conversation about how to address and manage power dynamics when one attempts to initiate a partnership or collaborative effort and one is holding the purse strings or a significant portion thereof.  END_OF_DOCUMENT_TOKEN_TO_BE_REPLACED 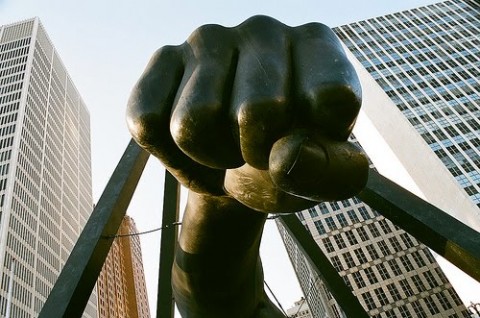 It has been a heartening return to my home state these past couple of days while delivering a two-day Facilitative Leadership workshop with members of Michigan’s philanthropic community.  Yesterday, we spent some time in the afternoon talking about power and how it plays out in different kinds of change initiatives.  The point was made a number of times that those who are most impacted by the issues we are trying to solve must be in on the solutions, including the design and carrying out of the processes of problem-analysis, opportunity identification, and vision creation.  END_OF_DOCUMENT_TOKEN_TO_BE_REPLACED

I’m feeling some Michigan pride, in the midst of some important work with the Council of Michigan Foundations and the ongoing economic struggles of my home state. And I’m even more impressed after seeing this video, which was produced by the community of Grand Rapids after it was named earlier this year as one of America’s cities in greatest decline by Newsweek magazine. A local visionary, artist, and rabble rouser pulled the community together to film this show of solidarity in ONE TAKE! There is a story here, about collaboration, about collective leadership, about what it takes to galvanize people. Check it out, and watch the whole thing if you can. It gets better and better.