Seeing the words “Critical Systems Heuristics” may tempt you to run screaming from this post, but please hang in there while I distill what this important framework and addition to the systems thinking body of work has to offer our social change efforts!  CSH is attributed to Swiss social scientist Werner Ulrich and his efforts to bring critical analysis to the boundaries that we construct around and within systems.  Far from being primordial, these boundaries and divisions are an expression of what people see and value from their particular perspectives.  As Ulrich writes, ” The methodological core idea [of CSH] is that all problem definitions, proposals for improvement, and evaluations of outcomes depend on prior judgments about the relevant whole system to be looked at.”  His effort is to help make these boundary judgments explicit so that both those affected by and those implementing such judgements might see alternatives that better serve the whole. END_OF_DOCUMENT_TOKEN_TO_BE_REPLACED 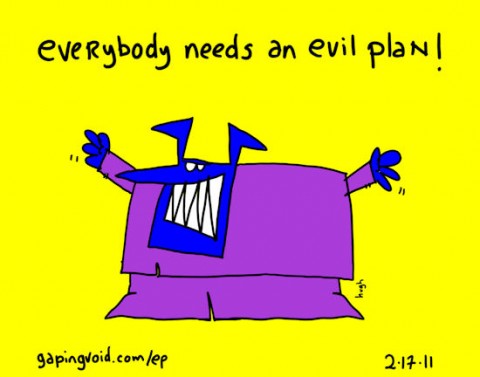 END_OF_DOCUMENT_TOKEN_TO_BE_REPLACED

Delighted yet dazed by 68 degrees in December… in New England?

Feeling a sense of a long stretch until year’s end?

Counting the days before another holiday break? END_OF_DOCUMENT_TOKEN_TO_BE_REPLACED

According to a study performed by the National Institute for Physiological Sciences:

Our findings indicate that the social reward of a good reputation in the eyes of others is processed in an anatomically and functionally similar manner to monetary rewards, and these results represent an essential step toward a complete neural understanding of human social behaviors.

In other words, those of us who made a conscious decision some time ago that we would not be, as the hip hop heads say, “paper chasers”, may instead just be chasers of a different kind: the currency of good reputation. Yea, even Solomon in all his wisdom suggests the NIPS report understates the reality: “A good name is more desirable than great riches; to be esteemed is better than silver or gold.” (Proverbs 22:1). For this wise king, the pay off of a good reputation is not equal to money as the scientists suggest, it is better. Whoa. News flash: As far as this neurological stimulus package goes, we, in all of our do-gooding, may just be as excessive, greedy, and self-serving as the Wall Street titans and capitalist fat cats we are quick to condemn. At the end of the day, it may be, that we all, in a Pavlovian sense, seek the sensation of reward – and whether money or praise, its all about us/our feelings.

What, then, might be the implications of such a phenomenon for the non-profit and social change sector that we live, work and eh….strive, in? On one hand, it confirms what we already know: that for a job actually well done, where a million dollar bonus or even a competitive salary isn’t on the way, we ought to lavish folk with what author and psychologist Gary Chapman calls, “words of affirmation” – verbal appreciation, simple verbal compliments (Chapman, Five Love Languages)

But not so fast! Hold back on the flowery words, my friends, for just a sec!

Consider the words of Alfie Kohn in Punished by Rewards

“[The key factor] in a positive judgment is not that it is positive, but that it is a judgment.

Kohn makes the case that praise actually lowers confidence and heightens pressure to live up to the compliment in order to receive future compliments – setting in motion a “rat race”, or the “praise maze” if you will (explaining some folks’ negative reaction to verbal affirmation).

Not sure what all this means for outcomes, evaluation methods, organizational culture, American pragmatism, parenting or how to break the power of negative words/images over groups of people who have been systematically targeted with such, but I’m sure some of you have ideas. What of it? Anyone others who may be cash poor and reputation rich want to weigh in? (No worries if you want to say something, well, nice….;-)