Networks, Collective Impact and the Place of Expertise

“Too many of us … feel pressure to be experts. But the most valuable thing you can do is to express vulnerability, to listen to people working things out.” 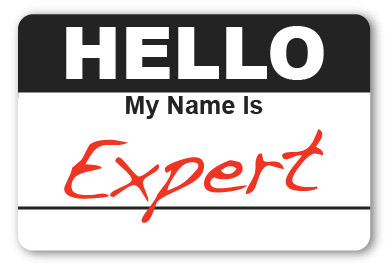 “Expertise” is one of those concepts that seems to get vetted every now and then, and in the current climate of complexity, collective impact and networked approaches to change, there is certainly good cause for this. Mark Twain once quipped that what made the expert an expert is being from someplace else. There may be some truth and value to this view when a set of “outside” eyes can lend new perspective to a situation. And certainly it has often been the case that deference is given to this manifestation at the expense of local and other sources of knowledge. END_OF_DOCUMENT_TOKEN_TO_BE_REPLACED

END_OF_DOCUMENT_TOKEN_TO_BE_REPLACED

I offer this post in memory of my father, John D. Ogden Jr. (1942-2012), who passed away much too young this past Saturday after a two year fight with cancer. Known to all of his friends and family as a good and kind man, my father was also the inspiration for much of my interest in conscious evolution and the fight for justice.  From his time as one of the first Peace Corps volunteers in Liberia, he spent his career promoting inter-cultural understanding, most recently as director of international programs at SUNY Cortland.  My dad once told me the older he got, the more radical he became.  END_OF_DOCUMENT_TOKEN_TO_BE_REPLACED

At the end of last year, I posted a piece about our work with an early childhood system change initiative through the Graustein Memorial Fund in Connecticut.  At the time we were exploring different formats and technologies for creating a new “system blueprint” for early childhood development in the state.  Our post and related tweets asked for possible resources to conceptualize and create a living blueprint for this dynamic system, and I wanted to give an update about what we have heard so far and where we stand in our conversations.

As the Core Team has engaged in its research about all this, we’ve realized that there are three separate but possibly connected aspects to this “blueprint”conversation”: END_OF_DOCUMENT_TOKEN_TO_BE_REPLACED

The photo above was sent to me by my father, who is also the photographer.  In fact, he is also the sign maker.  This statement currently sits by the roadside in front of my parents’ house in upstate New York.  When I asked what sparked this action, he wrote: