In our mainstream culture it seems that many people tend to look at things in isolation, without appreciating that context and relationship have so much to say about the nature of … well, everything. Think about the following examples: END_OF_DOCUMENT_TOKEN_TO_BE_REPLACED

In numerous social change networks that we support at IISC, racial equity has been put at the center of the work, whether or not that was the initial impetus for coming together. This is not seen as ancillary to the change effort, but now understood as foundational, in that systemic inequity around race is part and parcel of the water in which we swim. In a few of these networks where there is a majority of white participants, increasing numbers of people are asking what they can do about structural racism, and one response is that there is important work to be done around whiteness and white privilege. As Gita Gulati-Partee and Maggie Potapchuk point out, this is often a critical missing link in racial equity work. END_OF_DOCUMENT_TOKEN_TO_BE_REPLACED 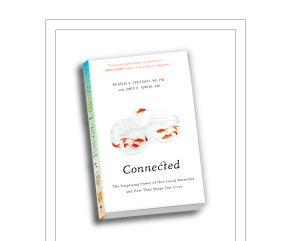 I’d heard about Christakis and Fowler’s research a while ago – when they announced that things like obesity and love move through networks.  Upon closer reading, I’m fascinated that there are, generally, three degrees of influence.  That we are affected by our friends (one degree), by the friends of our friends (two degrees) and by the friends of their friends (three degrees).  Beyond that, there’s not much that’s measurable.  But at three degrees of influence, we are deeply influenced by a large number of people! And it’s who are in many ways local to us (though certainly that is changing). END_OF_DOCUMENT_TOKEN_TO_BE_REPLACED

I recently read an interesting New York Times article by Nancy Ancowitz that a friend sent me about the ways that extroverts are privileged in meeting processes and work environments.  It’s something we talk about at IISC as well. What are the ways that we can design and facilitate meetings so as not to privilege extroverts over introverts – or people with different learning styles – or people with different abilities or aptitudes?

There’s a lot known. And there’s a lot still to discover. Much of generic group process (if not attending to these kinds of things) favors those who freely express ideas in groups. Day-long or multi-day meetings can be great for extroverts, who get energy being in groups – and challenging for introverts, who need alone time to recharge and process internally. Introverts will participate more fully if given time to consider material ahead of time.  Extroverts tend to be exactly the opposite – or can quickly scan something in the room and go. Brainstorming is a natural thing for extroverts (who are comfortable putting forth ideas without necessarily knowing how fully “cooked” they are), but not so much for introverts (who tend to want to spend internal time thinking through an idea before putting it out).

END_OF_DOCUMENT_TOKEN_TO_BE_REPLACED

Leonard Cohen and Me

I was one of the lucky Bostonians to see Leonard Cohen (famed poet, folksinger and Zen monk) perform to a sold-out Wang Center audience this weekend. He is seventy five years old and noted that the last time he was in Boston was fifteen years ago when he was sixty and just “a kid with a dream”.

There was a tremendous sense of the sacred in his performance, from the way in which he interacted with his back up singers and his band to the care and honor that he showed to the audience. In a New York Times article Cohen was quoted as saying: “There’s a similarity in the quality of the daily life on the road and in the monastery. There’s just a sense of purpose in which a lot of extraneous material is naturally and necessarily discarded, and what is left is a rigorous and severe routine in which the capacity to focus becomes much easier.

And it was that sense of purpose and level of focus that was experienced in the concert hall and that monastics have been modeling through the ages: get rid of the extraneous; focus on the moment like a laser beam and you will be fully alive…hmmmmm…must try that…again and again and again!

After the concert, I was prompted to go back to a Shambala Sun interview with Leonard Cohen that I read and that has stayed with me, it is about love and a very Zen understanding of life.

In fact, Mr. Cohen appears to see performance and prayer as aspects of the same larger divine enterprise. That may not be surprising, coming from an artist whose best-known songs mingle sacred concerns with the secular and the sexual and sound like “collaborations between Jacques Brel and Thomas Merton,” as the novelist Pico Iyer put it.

One of Cohen’s most quoted verses captures it all:

Ring the bells that still can ring
Forget your perfect offering
There is a crack, a crack in everything
That’s how the light gets in.

How do we apply THAT to Social Change?