Lessons from a Collaborative Partnership 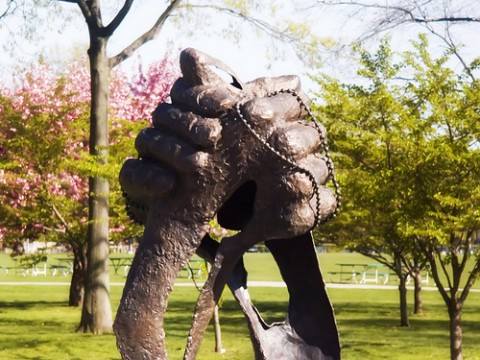 Last month I was asked to present to the Children and Nature Network’s Grassroots Gathering in Princeton, New Jersey, along with Ginny McGinn of the Center for Whole Communities.  We were invited by a common acquaintance who knows both our respective organizational work and our recent collaborative endeavor in developing and offering a training entitled Whole Measures: Transforming Communities by Measuring What Matters Most (the next public workshop will be in Boston from November 16-18).  Both IISC and CWC work to build the collaborative capacity of social change endeavors, albeit in slightly different and complementary ways.  The topic of our presentation was “Collaborative Leadership,” and what became core to our joint plenary address was the story of our own partnership. END_OF_DOCUMENT_TOKEN_TO_BE_REPLACED

Yesterday I had the opportunity to visit with staff of a few unique organizations in central Vermont, including a conversation with Peter Forbes at the Center for Whole Communities in Fayston.  What Peter, his wife Helen Whybrow, and their colleagues have created at Knoll Farm, a working organic farm, is truly inspiring, not just for the beauty of the land it occupies and the amazing views that are afforded of the surrounding mountains of Mad River Valley, but also because of the thoughtful attention that has been given to every detail of the Center and the programs that it offers.

The Center for Whole Communities is focused on reconnecting people to land, to one another, and to community as a way of healing the divisions that exist between those who are working for social justice and environmental conservation.  To this end they have created a setting and experiences that carefully tend to this mission of reconnection, from immersing people in the landscape, to engaging them in dialogue and storytelling, to grounding them in creative expression and contemplative practice. END_OF_DOCUMENT_TOKEN_TO_BE_REPLACED