Just returning from the Champions for Change gathering in Washington, DC hosted by the Tamarack Institute and the Collective Impact Forum. I was in attendance with a couple of others from the Food Solutions New England Network Team to learn more about people’s experiences with creating and developing a “backbone” function in their “collective impact” efforts, and also had the opportunity to do a couple of skills sessions around IISC’s “Dimensions of Collaborative Success” framework from Facilitative Leadership for Social Change. END_OF_DOCUMENT_TOKEN_TO_BE_REPLACED

We are in the midst of a crisis in this country.

We are in the midst of a crisis in this country. When a split second decision by one person results in multiple wounds or death for a young man or young woman. Because he didn’t get off the sidewalk quickly enough? Because his music was too loud? Because she knocked on your door? No, these are not the reasons. All of these young people happen to be black. This is not a coincidence.

END_OF_DOCUMENT_TOKEN_TO_BE_REPLACED 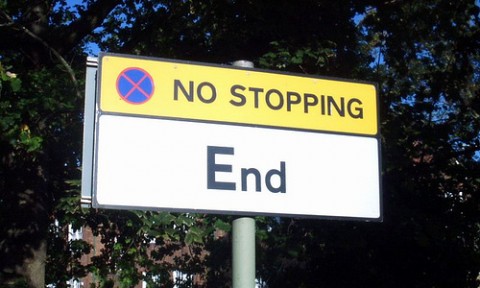 Coming off of a couple of powerful days exploring power and privilege in the internal life and external work of the Interaction Institute for Social Change.  So much still to process, and one of my immediate take-aways was our facilitators’ invitation to embrace paradox in the form of different perspectives and experiences, intentions and impacts, stated and espoused values.  As one of our process agreements for our time together stated – “All of us, individually and collectively, embody paradox- identities, beliefs, and experiences that seem to contradict each other.”  As has been stated elsewhere on this blog, and more elegantly by my colleague Gibran Rivera, the invitation is to hold apparent contradictions and tension long enough for something new to emerge, that moves us down the evolutionary path.

I leave you with the words of Gunilla Norris, from her book Sharing Silence, that came our way via OpenSource Leadership. END_OF_DOCUMENT_TOKEN_TO_BE_REPLACED