At the first convening in 2011, there was a mix of enthusiasm, optimism, curiosity, impatience, and some reticence.  Many were intrigued by the notion of this new form of multi-organizational collaboration seeking to double local food production in 10 years time, boost the state economy, and address issues of food access and security.   END_OF_DOCUMENT_TOKEN_TO_BE_REPLACED

“Networks are not just about sharing the pie.  They are about growing the pie.”

It has been a privilege and an inspiration to spend the past two days working with my colleague Beth Tener and the amazing team at the Vermont Sustainable Jobs Fund (VSJF) to help launch the Farm to Plate Network.  Over 150 people came together to connect and take the conversation deeper around how they want to work together to double local food production in the state over the next 10 years, as a way of boosting economic development, increasing jobs, and ensuring that every resident has access to healthy food. A big rallying cry has been the devastation that Tropical Storm Irene wrought on the farming community. And as we learned from former Secretary of Agriculture Roger Allbee during a very enlightening presentation about the Great Flood of 1927, once again Vermonters responded in ways that have impressed those (including the American Red Cross) who came to help, with their self-organizing and neighborly efforts to get one another back on track.

In an encouraging speech to launch the proceedings, Governor Shumlin highlighted the challenges and opportunities that stem from the changing climate that is predicted to increase precipitation 20% in the state in years to come. “Our best days are ahead of us if we can pull together,” he said. END_OF_DOCUMENT_TOKEN_TO_BE_REPLACED 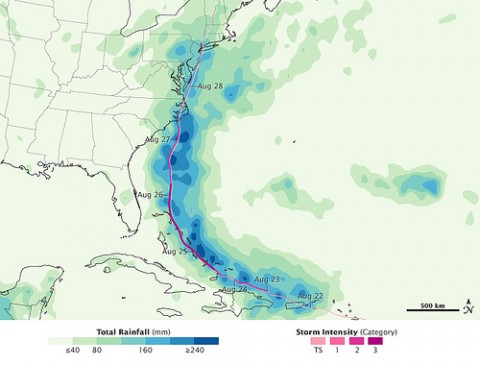 Labor Day weekend took on a new twist this year in the state of Vermont where people came together to clean up, comfort one another, and rebuild after Tropical Storm Irene’s devastation. I was visiting my in-laws in Chester, VT when the storm hit last Sunday. Chester, as it turned out, made national headlines as a few local residents’ homes were swept away.  This is how The New York Times painted the scene the day after: “With roughly 250 roads and several bridges closed off, many residents remained stranded in their neighborhoods; others could not get to grocery stores, hospitals or work.”  Other parts of the state suffered as well, including Waterbury, where state offices were washed out, even forcing the state’s Emergency Management command post to evacuate.  Three people are known to have lost their lives as a result of the storm.  END_OF_DOCUMENT_TOKEN_TO_BE_REPLACED