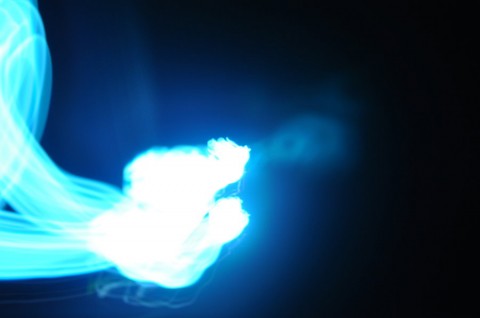 I have witnessed the significant deepening of relationships among these fellows since they first came together as a cohort during on our learning journey to Brazil in June of 2009.  We have had a number of retreats and events since, some as a class, some with the larger network of Barr Fellows.   At this mid-way point through their three-year process (though their being part of the network has no formal end), it becomes absolutely moving to witness powerful shifts towards greater possibility.

The fellows are comfortable with each other, they find support and care in one another, they easily flow across the spectrum of conversation – from the deeply personal, to the organizational, the tactical, the strategic, the larger possibilities for movement.  This happens more and more organically, it requires much lighter facilitation – they are in flow with one another, reconnected to their individual purpose and more capable of seeing patterns of connection.

In Vieques we found ourselves among key leaders in a movement that successfully won in a decades-long struggle to stop the U.S. Navy from using the island as a bombing range. (Committee for the Rescue and Development of Vieques). We met people who are now struggling to transition from opposition to sustainable development for the people of Vieques (Vieques Microenterprise Incubator ).

We spent time with people who are devoting their lives to preserving the unique and fragile ecology of an island that has faced the sort of environmental devastation that comes with decades of abuse from a militaristic regime (Vieques Conservation and Historical Trust).  Common among these groups and their representatives was a deep sense of authentic care, a loving attention to something fragile, something that is still emergent.

The most powerful moment came as we swam in the Bioluminescent Bay.  Every movement we made led to a bright fluorescent glow co-arising around our bodies, like a radiant liquid aura.  Profoundly moved by the experience, we reflected on the nature of the bay – 40% more salt than the ocean that feeds it.  It is hard for life to thrive there.  And yet it is in such a place that these tiny microorganisms thrive.  Their fluorescence is a defense mechanism that scares off the bigger fish that keep trying to feed on them.

Theirs is a collective action, their defense becomes defiance as they thrive in a world that threatens life, and they do it by radiating light.