Power, Networks, and Love on the LGBTQ Leadership Stage 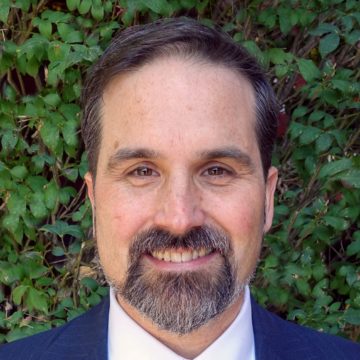 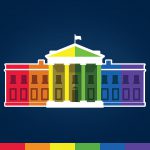 Power. Networks. Love. These three aspects of the IISC’s Collaborative Change Lens were not the official theme of the Victory Institute’s 2017 International Lesbian, Gay, Bisexual, Transgender, and Queer (LGBTQ) Leaders Conference, but they were woven throughout everything that happened there.

The Victory Institute works to get LGBTQ people into elected and appointed office. Their annual conference brings together elected officials, leaders, and advocates for three-days. The content of the conference focuses on skill-building, information sharing, and formal and informal networking.

The first gathering of this group took place in 1984 with about a dozen people. Attendee John Heilman, city council member of West Hollywood, described the gathering as “more like a support group” than a conference. It has now grown to a convergence of over 500 attendees from all over the world.

The reclaiming of power is central to the mission of the Victory Institute: “LGBTQ Victory Institute works to increase the number of LGBTQ people in public office and to provide programming, service and other support to help ensure their success.”

Why do we need more LGBTQ people in public office? With characteristic wit and bluntness, former U.S. Representative Barney Frank, the first person in Congress to come out voluntarily, said, “If you are not at the table, you are likely on the menu.”

The data tells the story this way: there is a direct correlation between the number of LGBTQs in elected office and the inclusion and equality of a jurisdiction’s policies.

In traditional ways, conferences tend to have a strengthening effect on networks. At plenaries and breakouts, attendees of the Victory conference had opportunities to connect around shared interests and maybe even to flirt a little. But the conference used the opportunity of the traditional schmoozing times to amplify traditionally marginalized voices. There was a “Leading in Color” reception which lifted up people of color, an International reception, and a Women Out to Win reception. The Institute also strengthened their pipeline for young leaders with the Victory Congressional Internship Meet & Greet.

The feeling of love was palpable throughout the conference. Because of the bullying and harassment we’ve experienced, no one knows better than the LGBTQ community how much humans need to be celebrated and cheered. Whenever someone announced they were running for elected office, the audience burst into applause.

The spirit of love and humility was also present in a frequently repeated quote from Danika Roehm, the transgender metalhead stepmom, elected as the first openly transgender person to the Virginia Assembly – the first to serve in any state legislature actually. Roem won against Robert Marshall, the sponsor of a bill to restrict public bathroom use by transgender people, who referred to himself as Virginia’s “chief homophobe.” After the election, when asked if she had anything to say about Marshall, Roem said, “I don’t attack my constituents. Delegate Marshall is my constituent now.”