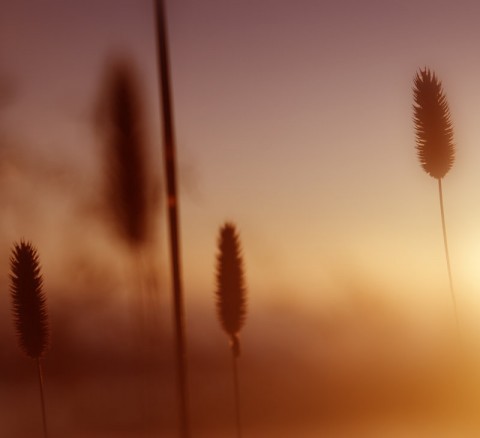 Beginning in the early 1970s, an Alabama horticulturist and Tuskegee University professor named Booker T. Whatley started promoting direct marketing as a tool for small farmers. This took the form of what he called “clientele membership clubs,” as well as pick-your-own farms. Whatley traveled widely, giving as many as 50 seminars a year, and produced a small-farms newsletter with 20,000-some subscribers. Here’s how he described the membership clubs in a 1982 Mother Earth News interview:

The farmer has to seek out people — city folks, mostly — to be members of the club … The clientele membership club is the lifeblood of the whole setup. It enables the farmer to plan production, anticipate demand, and, of course, have a guaranteed market.

Not to mention find good homes for Jerusalem artichokes and other ostracized vegetables.

The story of Booker T. Whatley is one of dozens that Mistinguette Smith, founder of a national organization called The Black/Land Project, has unearthed. “People are completely stunned when I tell them that the model [for CSAs and ‘U-Pick’] comes out of black history,” says Smith, a poet, playwright, and nonprofit consultant raised in the 1960s South.

The mission of The Black/Land Project is to find and share stories like Whatley’s as a way of helping black people transcend what Smith calls “historical trauma.” In this country, race has always been intrinsically tied to land. The laws surrounding black land ownership — from the early 1600s up through the modern practice of redlining — are part of that history, as, of course, is the experience of forced agricultural labor during slavery.

“Even though we’ve undone some of those historical structures,” Smith says, “the legacy of that is still very much alive today.” For example, the experience of losing a home to foreclosure during the recent mortgage crisis echoed the loss of family land to theft in the Jim Crow South, she says. The modern version of land loss feels much like the former, and the psychological results are similar. As one Black/Land workshop participant put it: “Having been stripped of the ability to relate to substantive things, such as land and place … strips away part of our essence.”

The Black/Land Project, now in its third year, is a national survey. Smith and her team have thus far interviewed 38 people from all over the country, and from all walks of life. Interviewees include African Americans, Caribbean Americans, and African immigrants, and the “land” they talk about can be anything from a family farm to a neighborhood church. Here’s a taste of the stories they’ve unearthed:

A 73-year-old Ohio woman retraces 250 miles of the Underground Railroad on foot and discovers hospitality along the way, echoing the experience of her ancestors. A retired Flint, Mich., steelworker buys a home for each of his children right next to his, rejuvenating a neglected block in an abandoned neighborhood. A young woman moves from the city to rural upstate New York to start a farm.

Smith brings a camera, a digital recorder, and a box of Kleenex to each interview. Her own story illustrates how complex and emotionally fraught the topic can be. Smith recently wrote an essay for a literary journal. An excerpt reads: “My people worked hard to leave country behind, shedding swept dirt yards and accents thick as Alaga syrup. Me, I honor their struggle. … I have no longings for a black pastoral romance.”

Smith aims to complete 150 interviews over the next two years. When finished, the Black/Land collection will be the largest data set of its kind, accessible, Smith hopes, via an online archive. (For now, descriptions of some of them can be found on the Black/Land website, along with pertinent tidbits from pop culture, like a link to an episode on camping from the humorous web series “Black Folk Don’t.”)

The project is already producing tangible results. The team spent six months in the working-class, majority African-American city of Flint, Mich. They conducted interviews there, gathered locals together for conversations, and produced a plainspoken report [PDF] for community use, summarizing what they found. As a result, Smith says, about 500 residents — many more than the city expected — showed up to voice their opinions at a city meeting about a new master land-use plan.

When she began the project, Smith thought she was asking questions about the environment. “And then no one I interviewed used the word ‘environment,’” she says. The project morphed as a result of the interviews themselves. “We are asking big questions,” says Smith, “like, ‘What does it mean to be black?’ and ‘Are there commonalities between different ethnicities of black people?’”

Smith has observed some commonalities, many the result of a painful shared history. But she is adamant about one thing: The Black/Land Project’s focus is on the positive. “I get a lot of calls from people wanting to talk about the problems of black people,” she says. “This is not a deficit-based perspective.”

Instead, she hopes Black/Land will help people of all backgrounds see black communities as a source of wisdom and resilience. CSAs may seem new and hip, for instance, but such direct marketing strategies helped save family farms.

The knowledge Smith is talking about is the deep-rooted sort, the stuff learned in a grandmother’s kitchen in rural Jamaica or Alabama or Haiti. “There are a group of young people who just discovered collard greens and kale,” she laughs. “Well, there are a whole lot of us who know how to make collard greens taste good.”