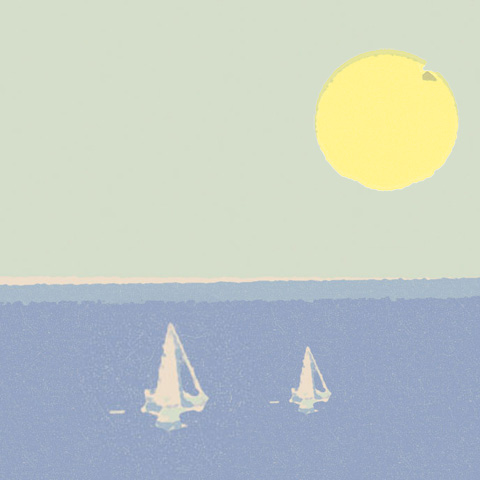 In anticipation of a July 2012 transition I have been engaged in a very deep process of “letting go”. For almost 20 years, I have been leading IISC in collaboration with my exceptional colleagues but as the founding ED the building of the organization and our work in the world became for me one of my “devotional practices”. And, as a mother, the launching of my family into their adulthood was the other (devotional practice).

We know that in order to accomplish and achieve the goals we set, we need to structure our life and our ego’s in a particular way to succeed. The irony then is that which made the achievement of those goals possible is exactly what must be deconstructed in order to move on. It is biblical: something needs to die before something new is born or you must die to the ego in order to be born into the spirit. Ouch!!!

During this last year or so, I held a picture in my mind. The picture was of 2 beautiful, elegant and sturdy boats sailing away, well off-shore. These are boats that I had helped to build – plank by plank, sail by sail. I was standing on the beach watching them go off “deeper and deeper into their own lives” waving goodbye….proud but left behind, bereft. Upon sharing this image with a very wise friend, she said,

In that same, December 31, 2010 New York Times article the author quotes Steven M. Gillon, the author of “Boomer Nation: The Largest and Richest Generation Ever and How It Changed America” (Simon & Shuster, 2004), in which he warns against generalizing about baby boomers, especially when it concerns politics. Still, he says, the boomer generation, of which he is a member, clearly changed our world.

It is exciting to think about what is made possible in our sector by the sheer numbers of individuals and organizations that will be affected by the generational shift. In this coming year, I am hoping to share my own personal journey and that of our organization through this blog, as well as, gather other executive directors together to learn from them, their stories about letting go and turning around and their hopes and prayers for a new generation of changemakers.