How Story Moves the Mind 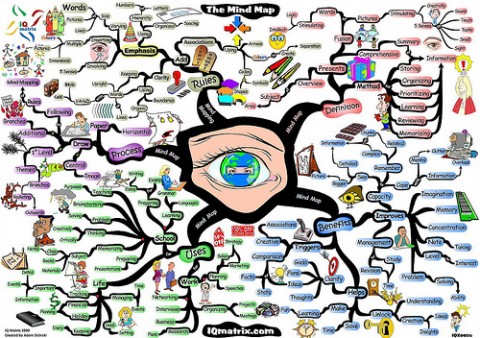 The following is a segment of a blog post from Pamela Mang that appeared on edge::regenerate.  Pamela references the newest book from Daniel Pink, To Sell is Human: The Surprising Truth About Moving Others.  In particular she highlights a section on the Pixar formula for storytelling, and how this can help us to frame our change work in engaging ways.  I have also found it very helpful for getting people to open their minds to complex initiatives and imagine what it would take to really shift things.  This can often be a humbling experience, in positive ways, and can lift up the importance of reaching out to others, taking a holistic approach, and speaking to both hearts and minds . . .

It is almost becoming a cliché when discussing regenerative or living systems design that we need to stop seeing the world as discrete objects and start seeing, and working with it as dynamic and moving.  A central focus of the Regenerative Practitioner® series is learning how to make that mental shift.  Dynamic systems frameworks are one instrument utilized by Regenesis to that end.  Another powerful instrument is story or narrative. Shifting how we see a project we’re working on from a cluster of objects to a dynamic living process moving through time is a powerful source of insight and creative energy. Shifting our way of seeing is just the first step however.  The next big challenge comes in engaging others in a way that they can see, and be equally energized by, what you are seeing.

Daniel Pink’s latest book, To Sell is Human: The Surprising Truth About Moving Others, describes a fun and deceptively simple way to practice using narrative as a way of engaging others.  It was developed by Emma Coats, a former story artist at Pixar, who “argues that every Pixar film shares the same narrative DNA, a deep structure of storytelling.” The structure  has six sequential sentences:

Pink illustrate the framework with the plot of Finding Nemo:

“Once upon a time there was a widowed fish named Marlin who was extremely protective of his only son, Nemo.  Every day, Marlin warned Nemo of the ocean’s dangers and implored him not to swim far away.  One day in an act of defiance, Nemo ignores his farther’s warnings and swims into the open water.   Because of that, he is captured by a diver and ends up as a pet in a fish tank of a dentist in Sydney.  Because of that, Marlin sets off on a journey to recover Nemo, enlisting the help of other sea creatures along the way.  Until finally Marlin and Nemo find each other, reunite, and learn that love depends on trust.”

Pink sees the structure as a “template for an irresistible new kind of pitch.”  For our work—shifting from an object oriented mind to a living process oriented mind, it offers a framework that captures the perspective-shifting power of story in a simple and elegant way.  Working with it has the added advantage of building capability to hone in on what’s essential and of essence to the new understanding we’re trying to develop in those we need to engage.

We tried it out on an old project of ours, but it is equally useful in describing a proposed project.  What would you say about your project using this framework?  Can you see how it engages the mind differently than a description of the function the project serves and how it is/will be structured to accomplish that?