At the Interaction Institute for Social Change, we are in agreement with Professor john a. powell when he points to the need to consider and make fundamental structural changes in our country and communities for the causes of greater social justice and sustainability.

If we think of structure as being manifest in social processes and relationships, we can come to see how taking a network approach to change is not simply a means to an end, a “so that” if you will, but an embodiment of change.  This can be so when we foreground and create new relationships and inhabit new roles and processes that yield new patterns of conversation, alignment, and opportunity. 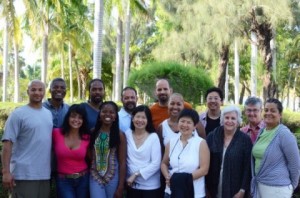 We have seen this evident in initiatives such as the Barr Fellowship in Boston, a network leadership initiative that has broadened and deepened connectivity among diverse leaders in the city, making new things possible – a new school, new alliances, new and unusual candidacies for high level political positions.  Much of this is being facilitated by taking the time for conversation and building trust across boundaries of various kinds.

We have seen this same dynamic at play in the Vermont Farm to Plate Network which has helped to facilitate connections, dense information sharing, and greater collaboration among 300 organizations across sectors, resulting in new initiatives and enterprises, all helping to grow the local state food-related economy.

The success of these initiatives owes in no small part to the willingness to step back and look at the big picture while also leaning into one another; looking at existing patterns of connection, what these enable and prohibit, and then engaging in strategic network weaving, closing triangles, and making critical connections that create new patterns of possibility.

Beyond connectivity, taking a network approach can create greater alignment around shared learning, innovation, and values-based commitments.  This can occur through structured and formally facilitated processes and communities of practice as well as the use of “open” social technologies (Open Space, World Cafe, Appreciative Inquiry Summits, etc.) that encourage self-organization and the engagement of intrinsic motivation.

“Most of the barriers to group action have collapsed and without those barriers we are free to explore new ways of gathering together and getting things done.”

On-line social technologies add to the potential of networks by creating asynchronous opportunities to connect and create group mindshare.  Furthermore, the relative anonymity of some platforms and collaboratively constructed environments can help to deliver on the network principle that contribution trumps credential.

Furthermore, explicitly delivering and sharing network leadership functions can help to further individual and collective gains while shifting structures.  Some of these collaborative functions/roles include: 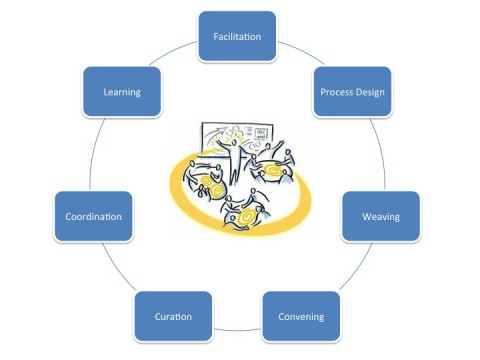 Lastly and importantly and in alignment with Professor powell’s call to “the deepest reaches of our beings,” network approaches at their best call us to see and think differently.  They invite us to a deeper level of mindfulness and self-management that allows us to lead with some of the following: 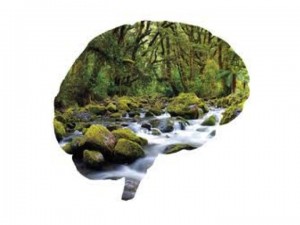 What is certain is that this is difficult and critical work.  I have been struck by the deeply rooted hope that many hold for embracing net work, and as I have thought more about the reasons for this shared conviction, I have come to believe that it comes down, at least in part, to a desire to reach another level of human development.  The call is not simply to do what must be done for the sake of our survival, but for survival with greater integrity that is a manifestation of our deeper collective potential.  I hear this call in the words of Mary Parker Follett going back nearly 100 years:

And more recently from Professor powell:

“There is a need for an alternative vision, a beloved community where being connected to the other is seen as the foundation of a healthy self, not its destruction, and where the racial other is seen not as the infinite other, but rather as the other that is always an already a part of us.”