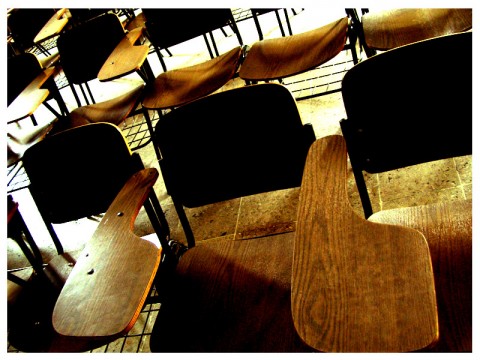 “The New American Academy does a tremendous job of nurturing relationships. Since people learn from people they love, education is fundamentally about the relationship between a teacher and student.”

The following post is a commentary from Stowe Boyd – The New American Academy: Post-Industrial At Last.  It called my attention because it makes a link between education and collaboration, learning and relationship. See what you all think!

Shimon Waronker sounds like a fascinating character. Grew up in South America, became a US Army Intelligence officer, is an observant Jew of the Chabad-Lubavich movement, and then became a NYC school teacher, and studied at the New York City Leadership Academy.

And now he wants to transform American education, based on modern thoughts about human collaboration:

He has a grand theory to transform American education, which he developed with others at the Harvard School of Education. The American education model, he says, was actually copied from the 18th-century Prussian model designed to create docile subjects and factory workers. He wants schools to operate more like the networked collaborative world of today.

He talks fervently like a guerrilla leader up in the mountains with plans to take over the whole country. For the grandly titled New American Academy, he didn’t invent new approaches, as much as combine ones from a bunch of other schools.

Like the Waldorf schools, teachers move up with the same children year after year. Like Hogwarts, students are grouped into Houses. Like Phillips Exeter Academy, students are less likely to sit at individual desks than around big tables or areas for teacher-led discussions.

The students seem to do a lot more public speaking, with teachers working hard to get them to use full sentences and proper diction. The subjects in the early grades (the only ones that exist so far) are interdisciplinary, with a bias toward engineering: how flight, agriculture, transportation and communications systems work. The organizational structure of the school is flattened. Nearly everybody is pushed to the front lines, in the classroom, and salaries are higher (master teachers make $120,000 a year).

The New American Academy takes a different approach than the other exciting new education model, the “No Excuses” schools like Kipp Academy. New American is less structured. […]

The New American Academy has two big advantages as a reform model. First, instead of running against the education establishment, it grows out of it and is being embraced by the teachers’ unions and the education schools. If it works, it can spread faster.

Second, it does a tremendous job of nurturing relationships. Since people learn from people they love, education is fundamentally about the relationship between a teacher and student. By insisting on constant informal contact and by preserving that contact year after year, The New American Academy has the potential to create richer, mentor-like or even family-like relationships for students who are not rich in those things.

Waronker is situating these children in a social context that is unlike the conventional US school, which is more or less a factory in which the children are the products being stamped out. Instead, they are embedded in a social network — a culture — where learning is the central theme.

And of course, recruiting the best and the brightest — $120K will go a long way to getting brainiacs involved — is not an anomaly: we should have brilliant people teaching in the US, not people who couldn’t do anything else.