There is a lot going on beneath the surface of these conversations. I want to offer a few ideas about how to get below the waterline to have race talk that really matters. Before we get there, let’s set the table with a few quick definitions.

Racism isn’t just about using the “n” word or other bigoted speech and thought. It’s a whole system of advantages and disadvantages that was created to justify social, political, and economic hierarchy, on the false belief that white people were at the top, and everybody else was at the bottom. And, as we work to end racism, we should think about what we’re working toward.

It’s about creating and proactively enforcing policies and practices, attitudes and actions that make it possible for everyone – regardless of their race –  to access opportunities and resources to improve the quality of their lives AND it’s not just theoretical access; it means that we won’t be able to predict outcomes like health, education, or income on the basis of race.

Part of what’s so tricky about race talk is that it touches something at the core of our identity. It asks us to reconsider who we are, and the possibility that we don’t understand the world or our place in it as well as we thought. It asks white people to acknowledge racial privileges – or advantages – that are built into their lives, whether or not they asked for them or actively seek them out. It asks people of color to consider just how deeply we have internalized the false belief in the superiority of white culture over our own. And so, while race conversation is about historical facts, current reality, and future plans, it’s also deeply about the care and feeding of the human spirit.

Think about a human or natural disaster that touched you, maybe the Ebola outbreak, or the war in Syria. Now, think about how your sense of urgency or attention span would have increased if your parents or children or friends had been there. Taking care of one another in race talk means taking on that level of urgency and concern about ending racism – that kind of love. Then, racism isn’t about abstract statistics like 6 million “disconnected youth” who can’t make their way into the labor force. It’s about my friend’s son or daughter, my neighbor, my community members, and I can’t just stand by and watch.

This kind of love is one of the most powerful forces we have for pursuing racial justice.

Ok, so, let’s imagine for a moment that we’re there; that we’re gripped by the power of love to confront racism. Then what?

Well, just like the human body has accu-pressure points-when you press here, good things happen there—we start to look for pressure points to dismantle the system of racism. Some are micro level pressure points and others are at the macro level.

We should focus some of our race talk at the micro level – on our own hearts and minds, and our interactions with others. There’s a lot of work to do there, in large part because we live in a visual and verbal landscape full of subtle messages that seep into our unconscious minds. You may have heard the phrase: the “black sheep” of the family (the one who has bad character) being “black listed” (being ostracized), vs. “white lies” (the supposedly harmless kind) or the “white hats” (the good guys- although if you watch Scandal you have to wonder about how good those good guys really are!). Notice how often villains in tv and films are black, brown or Asian – way out of proportion to actual crime stats. Even in kids’ cartoons, the bad guys and lazy characters are often voiced by actors who are recognizably people of color. I could go on, but I think you get the idea. The trouble is, these messages produce unconscious biases. And research shows that whenever there is a judgment call to make, unconscious bias leads people like doctors, judges, teachers, social workers, and cops to make decisions that lead to worse outcomes for people of color, even if they are not consciously biased.

Fortunately, there is a simple formula for change: Awareness of unconscious bias, plus concerned about its effects, plus deliberate efforts to de-bias, can create new habits of mind that bypass old stereotypes. Here are just a few of the many proven strategies.

When people have social contact across differences through meaningful work or play, as peers, without power differentials, and with opportunities to learn about one another as individuals, unconscious bias is reduced.

Accountability is key. Studies show that people make less biased decisions when they think they may have to explain their decisions to others.

Finally, the ancient spiritual truth of taking the perspective of the other person reduces bias. Rather than insisting the water isn’t deep because we’re not drowning, we can believe others when they tell us it’s deep where they are, and they’re struggling. And, we can quit shaming, blaming, and assuming that all that needs fixing is their individual flaws or actions—as if this guy just needs swimming lessons. Instead, we can focus our race talk on the underlying systems, structures and environment that make the water deeper in some spots than others. In other words, we can focus on the macro-level stuff.

This kind of race talk focuses on how our institutions and wider society operate. We can bring the bigness of tackling racism down to size by asking some very practical questions about our goals, assumptions, resource flows, and decision-making.

We can insist on inviting people who are affect by racism to participate in making decisions and evaluating our programs and services.

We can learn how public policies – like redlining or Indian Removal or Urban Renewal – and private practices – like hiring without announcing openings, or failing to consider contractors of color for subcontracts –create an uneven playing field, and do our best to level the field.

This is the kind race talk that enables us to identify and remove barriers to racial justice. It interrupts racism by shifting values, thinking, and underlying structures that stand in the way of racially just outcomes.

With the combination of macro level and micro level race talk, the love that does justice won’t let us give up when it gets tough. I believe that taking this journey together will have a huge payoff for us all:

In the form of a vibrant human community where there is room for all of us, and where we can put our best efforts into addressing the challenges and leveraging the opportunities we face together. 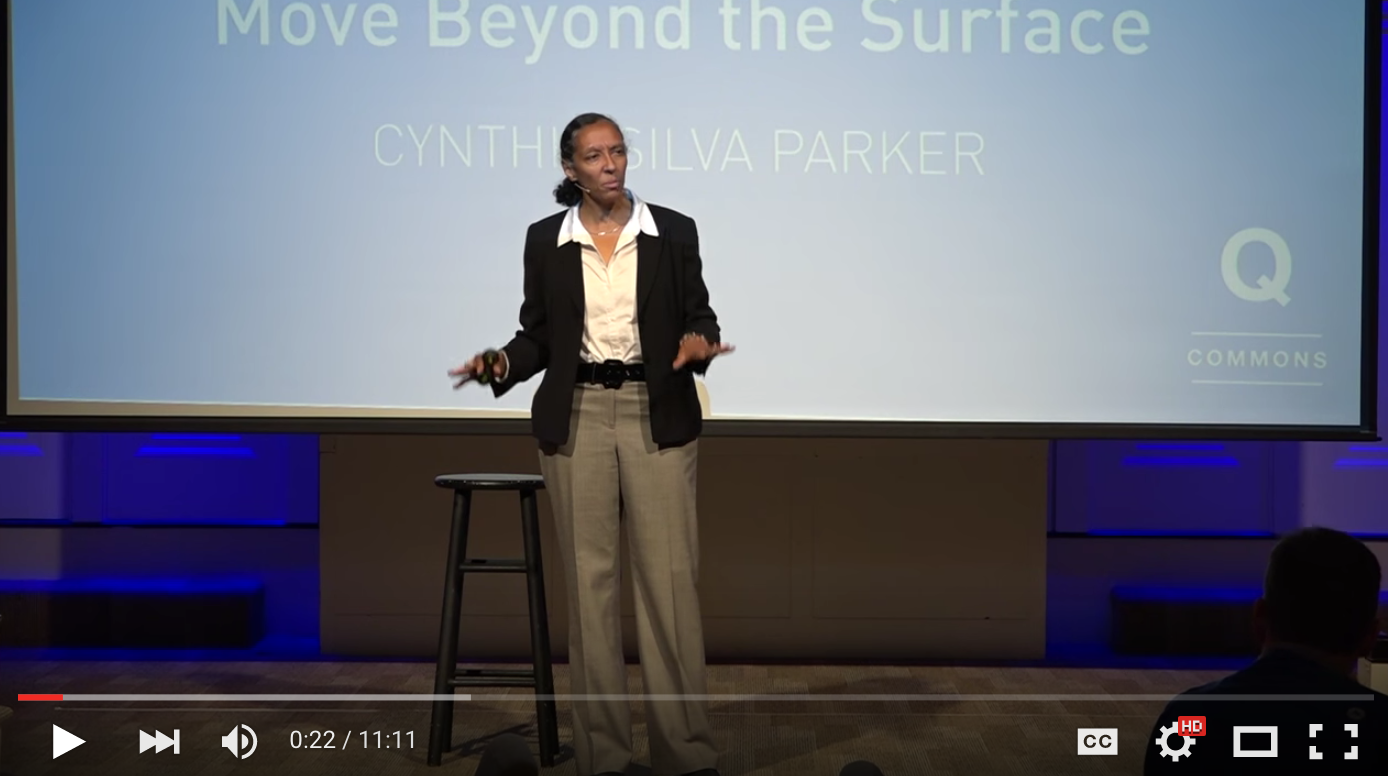