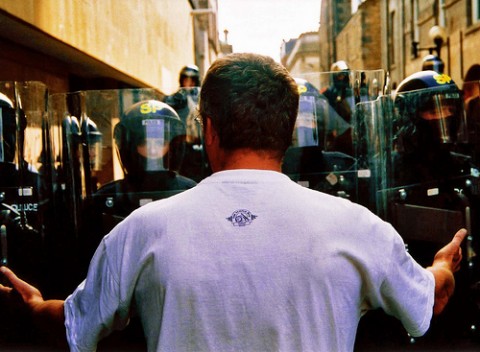 This past week I’ve been in Florida for our family’s annual pilgrimage and a desperately needed reprieve from what has certainly been a challenging New England winter.  And as in years past, I’ve had the fortune to be able to attend a speaker’s series that my father-in-law has been instrumental in putting together down here.  Last Friday I got to hear from Zbigniew Brzezinski, former National Security Advisor to President Carter and counsel to numerous other American heads of state, both Democrat and Republican, on matters of foreign policy.  Brzezinski had only 45 minutes to present what ended up being a dizzying tour of his perspective on the current state of geopolitics and suggestions for US strategy going forward.  As grand (and certainly opinionated) as this undertaking was, I was most struck by how he began his talk, and the ensuing response.

Before launching into his assessment of international affairs, Brzezinski made a point of saying that we are facing a number of daunting and important challenges globally that form the backdrop of any geopolitical conversation.  Most prominently, he named the threat of climate change.  “If you have children or grandchildren, if you care about the future of humanity, there is cause for great worry in the changes coming our way and the question about whether we will be able to adapt.”  I have to say I was surprised and pleased to hear these words so forthrightly uttered, and I immediately looked around the hall to see others’ reactions.  Now this was an audience, well-heeled and conservative, from whom I had not expected to see much of a sympathetic response.  And yet what was truly remarkable was the seriousness that immediately took hold of the room.  It felt as if the foundation of the building settled another 6 inches.  The quality of attention was palpably heightened.

It was the first time that I’ve been in a politically mixed crowd in which I felt like there was a fundamental acceptance of our new reality, a radical acceptance.  It was as if, out beyond the seemingly endless playing fields of polemics and posturing, we had finally found that sobering and empowering place of clarity from which we might collectively ask, “OK, now what do we do?”  I have been thinking a lot lately about the necessity and power of “radical acceptance,” for both personal and professional reasons.  To me it is linked to this idea that I recently heard so clearly articulated by Robert Fritz, that (organization) development is predicated upon the ongoing practice of coming to clarity and agreement around two fundamental questions – “Where are we now?”  and “Where do we want to be?”  In my experience, we often rush to answer these, or assume we already know the answers.  Yet denial and doubt create formidable blind spots in our efforts to create, direct or impede change.

An important reflection during my time here in Florida has been a deeper recognition of the demands on me of our three young children, and that until I really accept this reality, really accept it, I will continue to in some sense sabotage my own well-intended efforts to be of use in different areas of my life.  I’ve also been connecting this notion of radical acceptance to Humberto Maturana’s defintion of love – accepting the other as a legitimate other.  Until we do this, aren’t we in some way handicapping our efforts to make change in the world?  What do you think?  How might radical acceptance be practiced and achieved?  And how might it become the gateway to radical imagination for what could be?