The Ego and the Hub 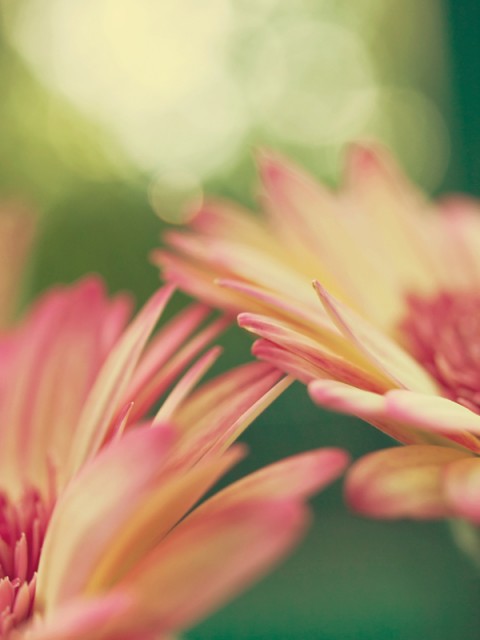 I’m into networks.  It takes a significant shift in perspective to get into networks.  We develop aptitudes and ways of being-with that allow us to contend with grater complexity.

I’m so into networks that I had the privilege of participating in a community of practice on networks and decentralized organizing.  Networks thrive on trust and relationship and it was with this knowledge that we dove in.  We became friends, we grew to love, appreciate and trust each other.

Over the last couple of weeks I have had the opportunity to see some of the people who participated in our experiment.  In the company of these friends I heard things like:  “I was texting with Mike” or “Jodie and I were chatting this morning,” and other such examples of living connections between the nodes in our community.

What I want to explore is my immediate reaction to those comments.  I felt like I was being left out – which of course, I wasn’t!  But I think that many of us have a similar tendency.  The tendency to think that “if I’m not at the center of it, then I’m being left out.”  It is a fear that comes with realizing that life goes on beyond you.

Network theory teaches us that a hub and spokes network is inherently weak.  You take out the hub and the network falls apart. 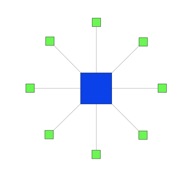 But our ego badly wants to be that hub; our individual ego and our organizational ego.  In my last post I reflected on the cultural values that help us move from competition to shared intention, a process that calls people to be:

These are attitudes that help us shift away from an egoic drive to want to be the hub and towards a more enlightened approach, one in which we win when the whole wins.  A more resilient network looks more like a mesh, and it leads us to celebrate every time two nodes connect in ways that bypass a centralizing hub: 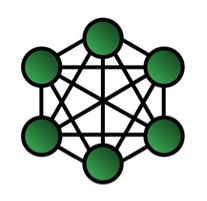 This reflection made me think of spiritual teacher Andrew Cohen, who seeks to describe an evolutionary enlightenment, an awakening for our age, here is what he says about what it looks like:

At the level of the soul, it looks like the sudden presence of a depth in which we feel emotionally connected to the enormity of the universe, the significance of knowing we’re alive, and a powerful sense of responsibility to not waste the precious time we have to be the person we are right now. At the level of mind, it looks like the awakening of new capacities of intelligence, as our thoughts become animated by our awareness of the infinite. Because of this, we’re able to embrace complexity, see subtlety, and appreciate nuance in ways previously unimaginable. And at the level of the personality, it looks like lightness of being. Enlightenment, expressed through the human personality, is lightness of being, because now we no longer take our psychological selves so seriously. We know that is only a small part of who we really are. When these profound qualities emerge in the soul, mind, and personality of any individual, it is a delight beyond words!

The idea of an awakening, a paradigm shift, that leads to human beings who are “able to embrace complexity, see subtlety, and appreciate nuance in ways previously unimaginable;” seems to me like precisely what we need as a movement.  And the idea that at the level of personality this awakening looks like “a lightness of being,” well!  I’ll take that any day, and I’ll be a better node.