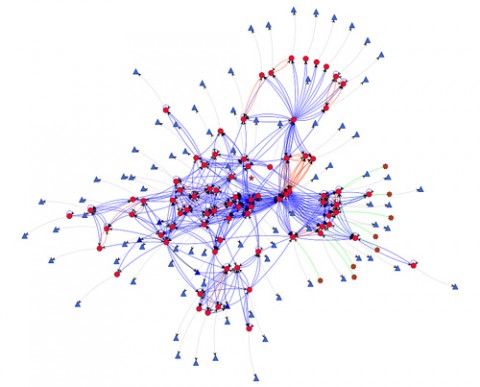 A couple of weeks ago there was an intriguing article in Next City entitled “The Post-Hero Economy: Learning to Lead Through Networks.”  In it, Jennifer Bradley and Bruce Katz tell the story of some extraordinary attempts to boost a region in the midwestern United States.  The focus is not on a leader or leaders, but on a network.  As the authors state, “When telling stories of transformation and turnaround, it is tempting to shape them into personal stories about heroes. One charismatic visionary — a mayor, school superintendent, entrepreneur, outraged citizen — steps up and, with unrelenting vigor and inspirational leadership, starts an irreversible cascade of change. But there is a growing body of research suggesting that, as a system or problem becomes more complex, arriving at a solution requires multiple minds from multiple sectors or perspectives.”  The article goes on to give a detailed account of the collaborative and innovative economic development efforts underway in Northeast Ohio.  This is very much a story in progress, and the lessons highlighted so far resonate and are worth mentioning here for others engaged in or contemplating network approaches to social change:

I am very struck by and appreciative of the attempts to tell this story in a more holistic way that avoids oversimplifying what it takes to facilitate development in a system of this scale and complexity.  Something about us may want to hear there is a hero in the wings or a silver bullet that will solve our challenges.  But that just is not the case. That heroic hope actually invites us to dodge doing what we can to find our place and means to add value to the larger system. As Chris Thompson, of the Fund for Our Economic Future in Ohio, states, “We live in an era where power is diffuse and value is created through networks built on trust, not hierarchy. We’re going to have to learn how to manage in a networked world.”