What IS Power Anyway? 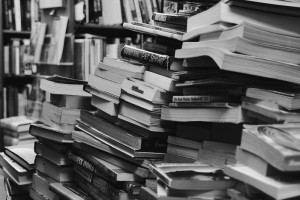 When I first started trying to answer this question for myself, I found that I was overwhelmed with material -? literally hundreds and hundreds of books about what power is, where it comes from, how it operates, etc.? For many, a definition of power has to do with the ability to force something to do something they wouldn’t have done otherwise – a coercive definition of power.? Feminist psychologist Jean Baker Miller described power as “the capacity to produce a change.” Others (and in fact, our common terminology) talks about power as a “thing” that can be divided, shared, owned, and transferred.

Digging through this literal mountain of information, and being greatly influenced by people like Mary Parker Follett (who wrote in the 1920s), the understanding I came to is that power is a self-developing capacity that is relational in nature – meaning that it’s not something fixed or owned – or as Follett says, “it’s not a pre-existing thing which can be handed out to someone, or wrenched from someone.” More and more, this relational definition has taken hold, as has the notion of it being a capacity rather than a fixed asset (though you still commonly hear talk about “sharing” power rather than building power).

And embedded in a relational view of power is the need for those with less power to endorse the power of those who have it.? According to Elizabeth Janeway, talking about power as the possession of certain people may actually help maintain the status quo by making it seem impossible to challenge those who are described as powerful, rather than demonstrating that power operates through the consent of the governed.

So what does this mean? What changes in how we think about group process if we start to think of power not as a fixed thing that can be “shared” – but as something that can be built within a group?? How can you start to think about figuring out what kinds of power exist in a group and what may be blocked?? How would you design and facilitate in a way that builds the power of everyone in the room?? Or that builds power to take out into the world?