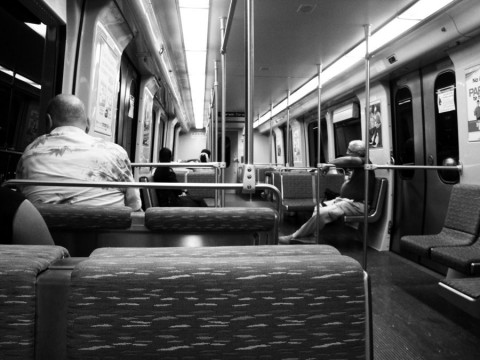 During my evening commute, I’ve started to notice that young black men (the same ones I judge for wearing oversize shirts with pants below their waists) are usually the folks who stand up and offer their seat on the bus to elderly women and young mothers. Suddenly, I see this gesture of maturity and kindness as part of #WhatBlackMenDo.

Lately, I notice that black male heroism fills the news – from middle-aged Charles Ramsey in Cleveland to 15 year old Temar Boggs in Pennsylvania, who methodically searched for and rescued a kidnapped 5 year old girl last week.  When I start to really SEE black men and boys, such heroism becomes an evident part of #WhatBlackMenDo.

I believe that George Zimmerman killed Trayvon Martin because he could not see him: he saw only the fears and anxieties that white supremacy projects onto the bodies of young black men as #WhatBlackMenDo.  I fear that the martyrdom of Trayvon Martin makes it equally difficult for folk on the side of love and justice to really SEE the complex stories of who young black men are, and  #WhatBlackMenDo.

What I know for sure is this: when I can do nothing else, I have the power to bear witness. I know that a world where young black men experience love and support wherever they go begins by actually seeing them.  Not as mythic monsters or as innocent martyrs, but as our neighbors and nephews, heroes and co- workers, fellow commuters.

And I long for a way to amplify this seeing #WhatBlackMenDo, and to share what I witness with you.