Go Boston 2030 spent the fall and winter collecting over 5000 questions from residents, workers and visitors across the city about getting around Boston in the future.  Now these questions will be turned into a public vision at the two-day event.

Visitors will  see all the questions collected, learn about transportation trends, and enjoy performances by local artists. Cutting edge transportation technology will be showcased. Participants will create pictures reflecting their ideas, react to draft statements and grow a People’s vision wall. Everyone will have an opportunity to weigh in on what they value most in the city’s transportation system. These contributions will shape Boston’s vision report and project plans.

“The people of Boston are shaping the future of transportation,” said Ceasar McDowell, President of the Interaction Institute for Social Change (IISC). “This is a step in creating a city that truly reflects the needs and wisdom of all who live here.”

See the Schedule of Events for a complete view of special events.

Ongoing activities on both days

Go Boston 2030 kicked off in the fall of 2014 with a Question Campaign. “The Question Campaign was built on the premise that asking questions can inspire vision, make concerns visible, and lead to great ideas,” said Andrea Nagel, IISC Senior Associate.

Go Boston 2030 prioritized outreach in neighborhoods, partnering with community organizations to collect questions at already scheduled meetings and community events. The campaign used a glass truck to get to every corner of the city, and make donating a question accessible to people in their everyday lives. Questions were also collected online via an interactive website and social media. Ads were placed all over the city, from the MBTA to digital billboards and trashcans. It was a massive effort to spread the word and maximize participation. This brought people to the transportation conversation that the city isn’t used to seeing, which is exactly what they wanted.

Vineet Gupta, transportation department Director of Planning told the Boston Globe: “this initiative is necessary to build a ‘bold new transportation plan’ that includes ideas from residents all over the city. When the city last developed a long-term transportation plan in the early 1990s, the same few people gave their input, he said.”

“It’s structured to not only have a broad vision, but to come up with some specific projects at the end of the day that would become priorities for the city for the next decade or so,” Gupta added in the Boston Globe story.

The campaign collected questions through February, 2015. Upon closing submissions, city planners and community leaders gathered for a Question Review Session at the end of February to read every question, verify the major themes, and to identify questions  that are recurrent, provocative, or visionary. The priority questions selected during the Question Review Session were fed forward to the Visioning Lab Design team, which included artists at the Design Studio for Social Intervention.

The city expects to publish the Vision Report in the Summer of 2015, and follow-up with additional public engagement around implementation.

All of the questions collected are publicly available at GoBoston2030.org. 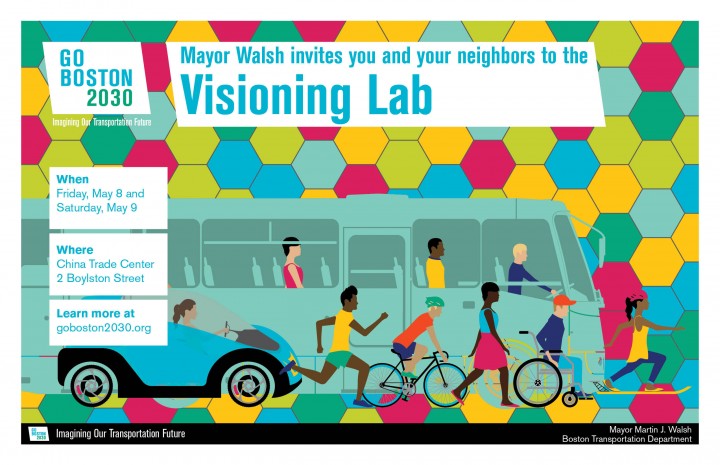 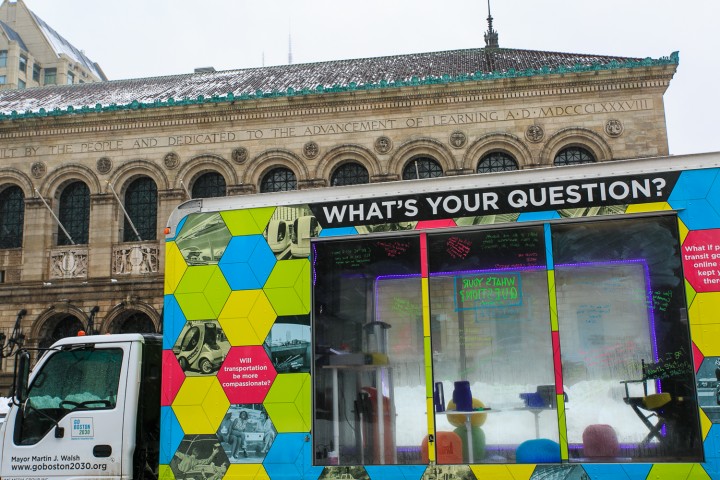 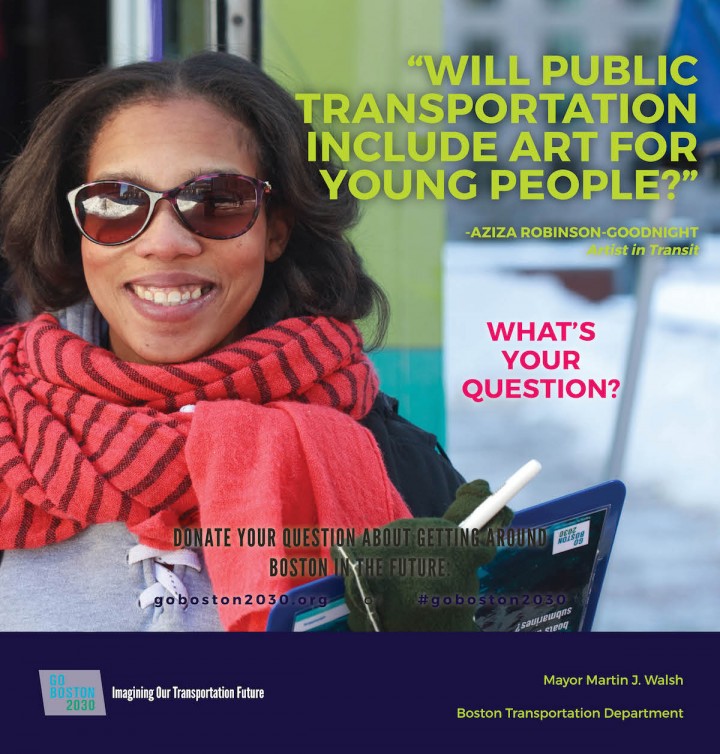 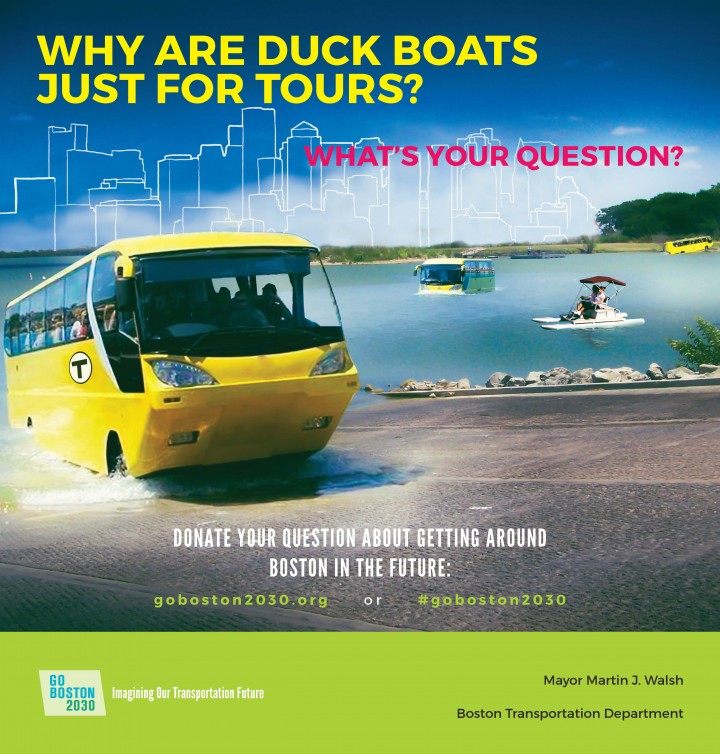 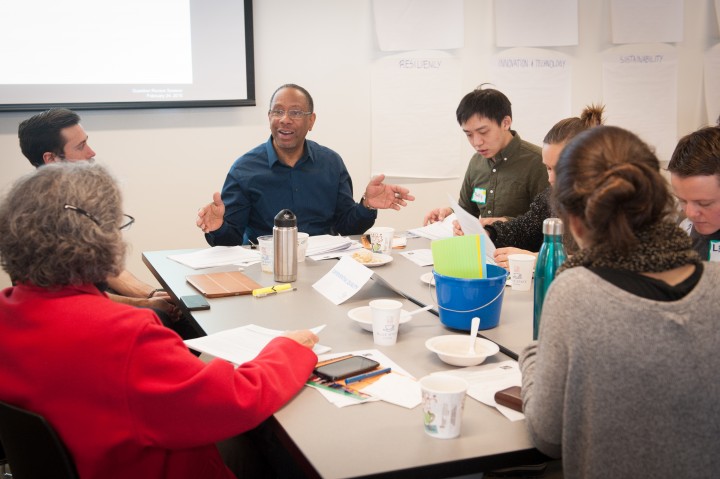