If you aren’t thinking about others, and are really leading exclusively with self-interest, then you are most likely networking. That is, you are reaching out to others and making connections to advance your own cause. There is nothing inherently wrong with this. It’s a natural part of opening up opportunities for ourselves. And this may or may not equate with network building, which in the IISC lexicon entails thinking more actively about others, who they are, what they have to offer, and then not simply networking for ourselves, but doing network weaving, “closing triangles” (introducing people who should know each other), and thinking about how different patterns of connection might support others’ and bigger (collective) work.

Are you paying attention to others’ potential?

There is a difference between seeing people as they are and seeing them as they might/want to be. The second, in my own experience, requires more attention and awareness, more focused listening and inquiry, and certainly more imagination. And as Wendell Berry once said,

Seeing someone’s potential relies on caring, which entails learning more about someone’s story so as to appreciate how they have evolved over time, as well as asking explicitly about their hopes and dreams. To me, this is outside the realm of what we typically think of as networking, and also takes the work of network building, when viewed simply as making connections, to another level.

By way of an example, I often think of something that happened to me when I was about 13 years old. My father had a friend and colleague of his over to the house, who was someone I really admired. He had been a community organizer and educator and international peace advocate and university administrator who had been places I wanted to go and worked with people that I too wanted to link arms with. We had had a wonderful dinner, during which this man told fascinating stories, and afterward I found myself face to face and alone with him in our living room. I remember thinking, “What do I have to say to him?” Before I had a chance to pursue that line of inquiry much further, he asked me with a huge smile, “And what about you, Curtis? What do you make of this world we live in and what is it calling you to do?” I was completely caught off guard, and smiled a bit bashfully. He prodded warmly with other questions, clearly demonstrating his interest and curiosity. And I responded in turn by sharing thoughts that I hadn’t remembered sharing with others and in some cases was not even entirely aware that I had. Marvelous!

Are you making offerings to others in the spirit of furthering their potential?

Paying attention to someone’s potential, to their deeper (or higher) aspirations, can be taken another step by actually making offers in that direction, providing connections, resources, ideas, opportunities. This does not have to be a big or dramatic offer, but when made in connection to someone’s expressed yearnings, can be tremendously meaningful and impactful.

Again, an example. In the adolescent years following that conversation with my hero, he would send me occasional readings and later would introduce me to interesting people who aligned with my interests. To be held in mind and in a way that was drawing me forward was an incredible gift.

And so I think about the difference between someone doing what we might consider to be traditional “networking” within a given marketplace and then many people within an existing or evolving collaborative network making connections and offers in the spirit of advancing individual and collective potential. To me that’s quite a difference and something worth committing to practice.

It is why at IISC we view the work of network building as not purely tactical or transactional, but at its heart transformational. This is more likely to be so when we create spaces for people to see and appreciate others, consider what they have to offer one another, and to follow-through, to make their humble offerings, which can become expressions of love, and together a force for social transformation. 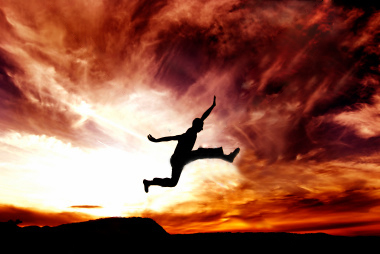