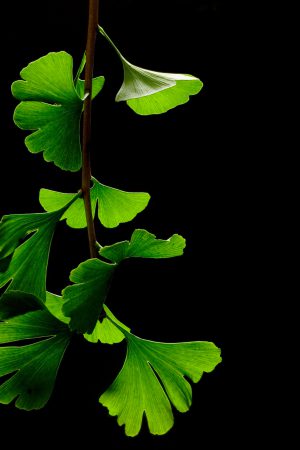 Photo credit: Ginko biloba leaves by James Field (Jame). Ginko trees are considered endangered even though they are cultivated worldwide, because so few live in the wild. This file is licensed under the Creative Commons Attribution-Share Alike 3.0 Unportedlicense.

I’ve often said that language is difficult, but it’s all (or at least most) of what we have to communicate complex ideas. I can remember when doing “diversity work” was seen as cutting edge, relevant, and powerful. It was an effort to change historic structures of exclusion, to change outcomes for people of color and women who suffered the brunt of racism and sexism. It was a chance to speak truth to power, and it seemed for a while that power was listening. Until it wasn’t. Or, more precisely, until the listeners started to hear “diversity” and think only about “heterogeneity.” With the stroke of a pen checking off boxes, the work was domesticated, watered down, simplified, and downsized into simply getting different faces in the place. And folks who were thinking bigger thoughts had to find new ways to talk and to get others to think and act on inclusion and equity.

I remember in the mid-2000s when I started saying “We don’t do diversity work, but if you want to think about diversity, equity, and inclusion, we might be the right people for you.” Now, I’m afraid, that equity might be running its course. I’m encouraged, on the one hand, by how many more people and organizations are asking questions about equity. And about how the equity conversation focuses on what we want, not what we don’t want. I’m all about the positive vision of life chances fulfilled without barriers based on any aspect of identity. And it’s also clear to me that some of those folks are using the language of equity precisely to avoid talking about racism, sexism, and other -isms that produce and sustain inequities. Somehow “equity” and even “inequities” are more comfortable rolling off the tongue than racism, classism, sexism, or homophobia. I wonder if “equity” as a concept is headed the way of “diversity.”

Still, if we are going to advocate for equity as the superior growth model for our country, as our friends from PolicyLink have so aptly argued, I wonder what language will help to keep our attention focused on dismantling the drivers of inequity in order to increase the odds that we’ll actually achieve something approaching equity. The science surrounding the origins, consequences, and remedies for unconscious bias or implicit association seem to be promising entry points for some people who are reluctant to enter a discussion doorway marked “racism” or “privilege.” And, research and practice around communications and messaging gives us other avenues to pursue. In these days of particularly fraught racial discourse, what are you finding useful in your practice? What are you finding gets in the way?