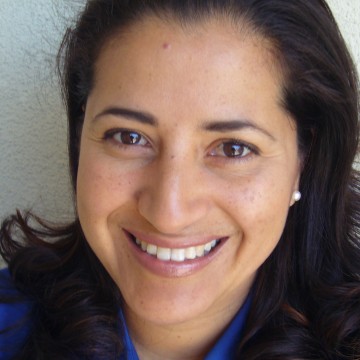 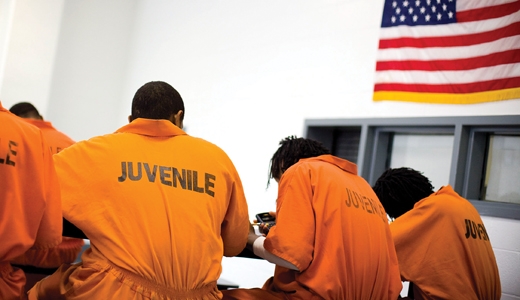 “I have gained sight and vision where before I was blind,” shared a white male law enforcement officer, “and I am willing to give what ever it takes personally and professionally to our cause.”  This same individual had entered into the circle two days before carefully monitoring his every word, letting us know that he was stretching to understand what others were saying. This man’s perspective was literally transformed over the course of three days; it was an amazing shift to witness. Lifting the veil that usually hides the ways in which white people have benefitted from racism and other forms of oppression, as well as the ways that white people unintentionally reinforce discrimination and mistreatment can be shocking.

Why does confronting racism in the juvenile justice system matter?

When the youth of color created and performed a skit to illustrate the everyday harassment they face at the hands of police in this room full of adults, some of whom have a role in incarcerating them, all involved were transformed. The unfair treatment of people of color and at the hands of law enforcement is and has always been a life or death issue, and while public outcry lifting up this issue is important, finding ways to build bridges across this divide is even more crucial.

In our circle sat law enforcement, juvenile justice system-involved youth and parents, detention center and juvenile probation staff, non-profit leaders, leaders in the school district and staff from the district attorney’s office. We were all there with a single purpose, to decrease the disproportionate level of incarceration of African American, Native American and Latino youth. This was a crucial moment: a group of 30 people living and working in the same county with a rich diversity of perspectives, roles in the community and life experiences spent three whole days learning about the history and current manifestations of racism, listening to each other’s stories, and beginning to build a deeper level of trust.

“I hadn’t wanted to build relationships with the people in this group. I thought I could do the work with you and not necessarily like you. Many of us came to this table thinking that we were not playing a part in the negative impact we were having on youth. My biggest learning is that we need to have a level of trust and if we do not allow the education and vulnerability, we will not be open to own the part that each of us is playing in the dynamics of racial disparities. Without the relationship building and trust we can not move the work forward.” – Committee Chair

Nine months before this day, we met this group because they were in the midst of an intense racialized conflict between two leaders at this table, and the group’s long-time work had come to a halt. Years of tensions bubbling between “community” folks and “systems” people, between white folks and people of color, had risen to the point of ugly accusations and deep hurts. People who had been leading this work were seriously considering walking away.

How did the group get to this point? Years before, community stakeholders in this county formed a committee to address the overrepresentation of youth of color in their county’s juvenile justice system. New partners were asked to be part of that committee, including community stakeholders who had never been included in justice system reform. Traditional meeting locations and times at the courthouse were changed, and Judges, public defenders, prosecutors, juvenile probation and detention staff began going to meetings in the community, sometimes in the evenings, with youth and families who were directly impacted by the justice system. Although the disproportion of youth of color in the system was acknowledged by all, the initial strategies developed by the subcommittee for reducing that overrepresentation had limited impact and fell apart quickly. Furthermore, a lack of a common understanding of racial and ethnic disparities or agreed upon manner to communicate through hard conversations about racism had caused a divide between system stakeholders and community partners.

The dramatic shifts we saw the group take were rooted in the hard work by many people at this table and those that had supported them in the past. For five years they learned to work together as well as build cooperation across sectors. We supported the group to take a step back, rethink assumptions, account for the impact of their actions, and recommit to repairing relationships and backing up each others’ integrity and leadership. The stakeholders now have a renewed capacity to honor their commitment to the youth in their community, address institutional and structural racism together, and are in the process of implementing new practices within their Juvenile Probation Department informed by young people themselves.

“We talk about restorative justice for young people, but we also went through a restorative justice process ourselves. We are more able to have the difficult conversations about racism and I think this has shifted the power in the group. I feel I can bring my full self to the space now.” – Committee Chair

We, the trainers in this scenario, are two people who have devoted our lives to holding space for people to do the deep, challenging, and life-affirming work of understanding how racism operates and of actualizing a commitment to racial equity. As we led this training, it was not lost on us the vast differences we too were bridging. One of us is a formally undocumented immigrant who grew up in poverty and has been deeply targeted by oppression, and the other is a white person whose ancestors migrated to the U.S. with legal privileges from various parts of Europe in the 1600-1800s and has benefited from countless race and class-based advantages.

We are trained in different methodologies for leadership, collaboration and racial equity. One of us is a VISIONS Inc. trainer who has learned how to manage and support individuals to process and shift at personal and interpersonal levels while at the same time shift the culture and structure that lead to disparate racial outcomes. The other is a consultant and trainer at the Interaction Institute for Social Change who has supported groups that have a desire to do racial equity work but are unsure how to make it real. Many such groups have gone through an anti-racism training and then get stuck in a soup of spiraling emotions and an inability to translate the learning into action. Others have made some progress toward reducing racial disparities and are coming up against the roadblocks of cultural clashes that prevent a deeper level of cross-sector collaboration and change. Bringing the sets of tools both organizations have developed to a group that was ready to take their work to a new level of depth was the magic sauce that allowed for the incredible learning and shifts people experienced at this training.

“And now it’s time to get real again and roll up our sleeves, because [even though we have been working on this together for years already] this is just the beginning. There is still a tremendous lack of accountability in our system, a lack of consistency and practice. There are a few people in the entire system that get it – and so we got a long way to go. It is so refreshing and healing to be where we are now and we can take that medicine to keep going. The truth is that young people in our state are being mistreated. I am not going anywhere and neither is the institution we are trying to reconstruct. Language development, protocol, procedure, culture — all of that needs to be a continuous part of the work going forward.” – Committee Chair

During these three days, a few lessons about what it takes for this work to be successful became clear to us:

In our country, images of young people of color being killed or harassed by law enforcement are commonplace. Growing numbers of youth and men of color in prison continue to skyrocket. As the Movement for Black Lives grows across the country, racial tensions simmer. People of color are afraid for their lives. White people are afraid to acknowledge the ways racism continues to define our country and to courageously and non-defensively do their part to undo racism. Bringing young people together with adults who work in the juvenile justice system and other adults that are part of extended ecosystems of support and contact is crucial to address the racial divide that has continued to divide our country and that has maintained the disparities that ultimately hurt us all.

What does it take for people of color, adults and youth to feel safe to fully speak about the negative impact of racism on their lives and for white folks and adults to hear this with out reacting defensively and sinking into guilt? What will it take for young people of color, those most affected by the juvenile justice system, to be seen as experts about the way racism plays out in the current system and about how to create a system where young people of color are not unduly punished for their mistakes, but treated like human beings?

About the Interaction Institute for Social Change: IISC increases the collaborative capacity of individuals, organizations, and institutions so they can find solutions to social problems. Over the past 25 years, we have developed a lens through which we facilitate social change and we bring it to every engagement. IISC invites groups and leaders to shift power dynamics, focus on building networks, and magnify love as a force for social change. Using this collaborative change lens, we see leaders overcome challenges and have astound-ing impact.

Never before have people with such varied histories been so intimately connected, whether because they live in a densely populated urban area or because they are linked online. Communities are struggling together with immense complex problems, from childcare to climate change. This makes being willing and able to facilitate meaningful discussions across differences one of the most important leadership skills of the 21st century.

IISC is building Big Democracy, the collaborative infrastructure to facilitate sustained engagement by leaders in their organizations and cities.

About VISIONS Inc: Founded in 1984, VISIONS, Inc. (www.visions-inc.org)  is a non-profit training and consulting organization, specializing in diversity and inclusion. We have offices in Dorchester, MA; Rocky Mount, NC; and Fresno, CA; and are supported by our highly skilled and diverse team of consultants located throughout the United States and abroad. VISIONS mission is to:

We  realize this mission by implementing a time-tested, insight-driven, process model of  consulting and training that  supports  our clients in becoming catalysts for change and effectively engages all people in the deep, challenging, and rewarding work of authentic inclusion, personally and within their organizations and communities.