I met Juan Pacheco of Barrios Unidos recently at a gathering focused on creating an affirming narrative about boys and young men of color. He shared his own personal story—a journey from El Salvador to the U.S., from a supportive family to a gang as a substitute for family. He shares the power of love to transform violence and to liberate young people from despair, pain, and confinement within a prism of societal and self-perceptions of failure. Here are just a few of his many inspiring thoughts, quoted from two talks that you can listen to on line.

“Young people in gangs are willing to hurt you to the degree that they are dying inside themselves. But they’re not dying because of their own choosing. Right. They’re dying because of that reflective mirror that they see from society that builds their identity. And they would rather choose something than be nothing. They would rather be radical failures because they can’t find success in our world…

Gangs replace a network of systems that fail young people.

“Young black and Latino men are not the cause of gangs. Immigrants are not the cause of gangs. Gangs are the effect of communities that are ineffective. Somebody dropped the ball on these young people … the familia should always be there … maybe the church should have been going out to the young people … maybe it was the school … zero tolerance policies instead of listening … or their friends or community or neighborhood that didn’t give them the foundations of success, support, understanding … Eventually I made the only choice that made sense … if the groups that were supposed to take care of me didn’t, I went to the only ones that did listen to me … They were there 24/7, they operate on holidays, and gave me what I needed. I didn’t care the price I had to pay to be loved and have brotherhood… The gangs … get started because a whole bunch of young people need love and a place to belong and we as adults don’t give that to them.”

We are all part of the solution to gang violence.

“Everyone has a part to play in the prevention of violence in our world, even the gang members themselves… At the personal level, when you’re dealing with a young person, dealing eye-to-eye. It’s all about relationships. Programs don’t help people. People help people; people who care; people who have heart; people who are willing to give away their title and their life for these homies. And that takes corazón…

“Let us all go out and do our part … Make sure you never grow comfortable with your position or title … Revolution and change is what we need to make sure young people have dreams, alternatives and good people with good heart to move forward away from this violencia that has been marketed …”

Juan reminds me of something that was said often when I worked with the Boston TenPoint Coalition. At their best, programs are simply a great opportunity to build caring relationships between young people and adults. And, it makes me think about how to build more of those relationships myself. 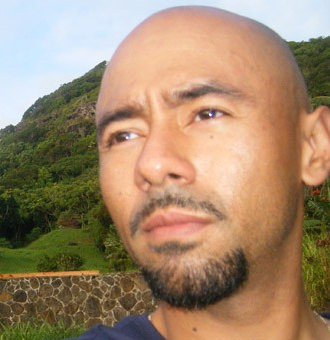