“Beware of the stories you read and tell.They are shaping your world.”-Ben Okri

I’ve been very interested to read more about the research of social psychologists focused on the impact of the order of thoughts when it comes to making changes in behavior.  David Hardisty has conducted experiments in which people considering whether or not they would agree to a carbon tax to offset their air travel were asked to jot down the sequence of their thinking as they went about making their decision.

What showed up was that in constructing their preferences, the order of participants’ thoughts really mattered, with early thoughts significantly biasing subsequent ones.  For example, people who ultimately rejected a carbon tax had negative first thoughts along the lines of, “I will be dead by the time the world is in an energy crisis,” whereas those who ultimately supported the tax had more positive first thoughts about the welfare of their children or subsequent generations.  More intriguing, in a follow-up study, when Hardisty asked people to first make a list of the benefits of a carbon tax and then make a list of cons, this affected their preference in a more supportive direction no matter their political inclinations. 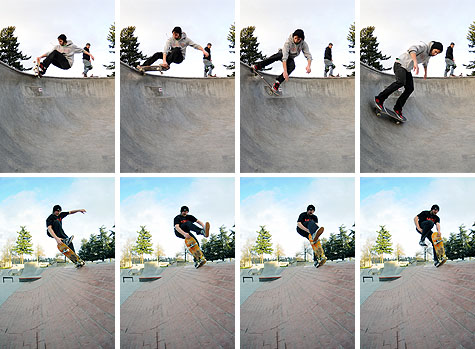 This raises the importance of strategically framing and sequencing conversations as one engages in collaborative change work.  And it reminds me of a recent strategic planning project with an IISC client.  We were in the early stages of designing the overall process and specifically deciding how to begin.  When one person on the process design team suggested kicking off by “inviting people to vision and dream big” (“Isn’t that what you always do?”). Others said that this would be too lofty and a turn-off given the hard reality of the budget crisis.  When another suggested beginning with a conversation about problems and challenges, others said that this would create too much negativity as a starting point.  Ultimately we landed on beginning the process with a conversation about, and survey of, institutional strengths and assets as a way of celebrating accomplishment, boosting morale, and identifying strategic places to build on what was already good.

How seemingly tremendous the power behind being aware of and intentional about “the stories we tell,” the planned or retrospective ordering of events in our own lives and shared work, to provide momentum for positive and impactful change.