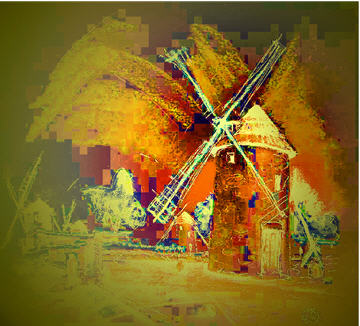 “You don’t understand, the United States will not be making cars.”  The film Climate Refugees quotes President Roosevelt speaking to auto executives at the outset of World War II.  Most of us know about the mobilization of American industry to build a war machine capable of defeating the Axis Powers.  Fewer of us understand what it took.

Global war demanded the mobilization of every human and industrial resource available.  The film speaks of what it took to build tens of thousands of tanks and airplanes even as it speaks of our immediate need for tens of thousands of wind power generators.  Global Warming is thousands of times more dangerous than global war, we have demonstrated that we have the power to avert humanity’s greatest crisis – what we lack is the wisdom and the political will to make it a priority.

The following quote from Slavoj Zizek’s “First as Tragedy, then as Farce” further illustrates the point:

[A]lthough we always recognized the urgency of the problems, when we were fighting AIDS, hunger, water shortages, global warming, and so on, there always seemed to be time to reflect, to postpone decisions (recall how the main conclusion of the last meeting of world leaders in Bali, hailed as a success, was that they would meet again in two years to continue their talks …). But with the financial meltdown, the urgency to act was unconditional; sums of an unimaginable magnitude had to be found immediately. Saving endangered species, saving the planet from global warming, saving AIDS patients and those dying for lack of funds for expensive treatments, saving the starving children … all this can wait a little bit. The call to “save the banks!” by contrast, is an unconditional imperative which must be met with immediate action. The panic was so absolute that a transnational and non-partisan unity was immediately established, all grudges between world leaders being momentarily forgotten in order to avert the catastrophe. But what the much praised “bi-partisan” approach effectively meant was that even democratic procedures were de facto suspended: there was no time to engage in proper debate, and those who opposed the plan in the US Congress were quickly made to fall in with the majority. Bush, McCain, and Obama all quickly got together, explaining to confused congressmen and women that there was simply no time for discussion- we were in a state of emergency, and things simply had to be done fast … And let us also not forget that the sublimely enormous sums of money were spent not on some clear “real” or concrete problem, but essentially in order to restore confidence in the markets, that is, simply to change people’s beliefs!

We have the power, how do we shift our priorities?