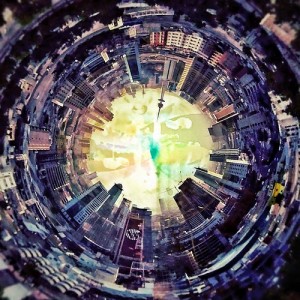 I spent time over the break reading through Howard Bloom’s robust Global Brain: The Evolution of Mass Mind from the Big Bang to the 21st Century.  Described as a “lusty tome” by evolutionary biologist Lynn Margulis, the book is an exploration of history through the lens of group rather than simply individual selection.  Bloom’s concept of collective information processing is eye-opening, provocative, and possibility-inspiring.  It is also very timely given the growing emphasis on networks and collective approaches to change.  Here is a taste, found in the opening pages:

The instant of creation marked the dawn of sociality.  A neutron is a particle filled with need.  It is unable to sustain itself for longer than ten minutes.  To survive, it must find at least one mate, then form a family.  The initial three minutes of existence were spent in cosmological courting, as protons paired off with neutrons, then rapidly attracted another couple to wed within their embrace, forming the two-proton, two-neutron quartet of a helium nucleus.  Those neutrons which managed this match gained relative immortality.  Those which stayed single simply ceased to be.  The rule at the heart of a learning machine was already being obeyed: “To he who hath it shall be given.  From he who hath not even what he hath shall be taken away.”

Protons, on the other hand, seemed able to survive alone.  But even they were endowed with inanimate longing.  Flitting electrons were overwhelmed by an electrical charge they needed to share.  Protons found these elemental sprites irresistible, and more marriages were made.  From the mutual needs of electrons and protons came atoms.  Atoms with unfinished outer shells bounced around in need of consorts, and found them in equally bereft counterparts whose extra electrons fit their empty slots.

And so it continue.  A physical analogue of unrequited desire was stirred by allures ranging from the strong nuclear force to gravity.  These drew molecules into dust, dust into celestial shards, and knitted together asteroids, stars, solar systems, galaxies, and even the megatraceries of multigalactic matrixes.  Through the connective compulsion, “a terrible beauty was born*.'” (*paraphrasing Yeats)

Here’s to a year of networking for positive change!