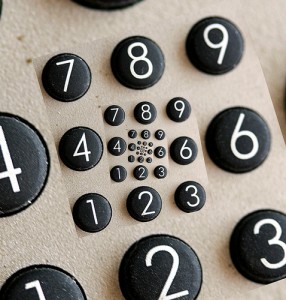 While designing a board retreat with a client a number of weeks ago, I got some push-back when I suggested that we break into smaller groups at a certain point in the agenda.  “That seems a bit contrived,” was the comment.  I responded that having a group of more than 15 people discuss matters as a large group for several hours was not going to be an enjoyable or productive experience for everyone.  “Plus,” I added, “people will get a chance to know one another better.”  My rationale was accepted, but how I wished I had a much more snappy and scientific response at that moment in time.  I know intuitively when it makes sense to keep people together or break them up, and of course there are myriad options for organizing people.  So what are some practical guidelines for choosing how to segment wholes?

Here are some thoughts, informed by personal experience, the mentoring of Robert Gass, and the numerical musings of J.G. Bennett:

Wondering what your own rationale and experience has been in segmenting and organizing people to do collaborative work.