In 2011, Farm to Plate launched to great excitement and some anxiety as it positioned itself as a cross-sector collaborative network to carry out a strategic plan to double local food production in Vermont in 10 years time, contributing to job and economic growth as well as food access in a state that sees high rates of poverty. Since then, as both Ellen Kahler of the Vermont Sustainable Jobs Fund (the backbone organization for Farm to Plate) observed and remarked through a plenary retrospective, it has managed to find its collaborative footing and grow significantly in numbers (more than 300 organizations strong). And importantly, it has seen real results in terms of direct, indirect and induced job growth resulting in 9,000 new jobs in the agricultural and food sector in Vermont. Furthermore, success is evident in individual members using network goals to inform and align their organizational goals.

And so what began as a twinkle in a few eyes has now become, as they say, “a thing” for more and more people. In network-speak, over the past three years, VTF2P has built considerable connectivity among growing numbers of food system players along with important alignment around its overall strategic imperative. What has contributed to this success is certainly multi-fold, including: 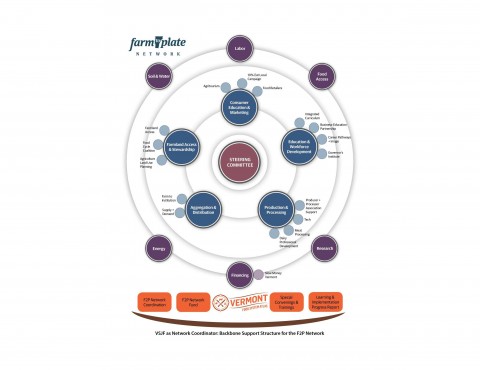 As it enters its fourth year of existence, VTF2P is well positioned to make further progress on its goals and take on some larger challenges. The ground for this work was laid during last week’s convening through a series of conversations about systems thinking, equity and access, and regional food strategy. This included some plenary presentation and conversation that I facilitated about moving beyond individual “projects” to focused collective actions around key “leverage points” that change the game around the food system. 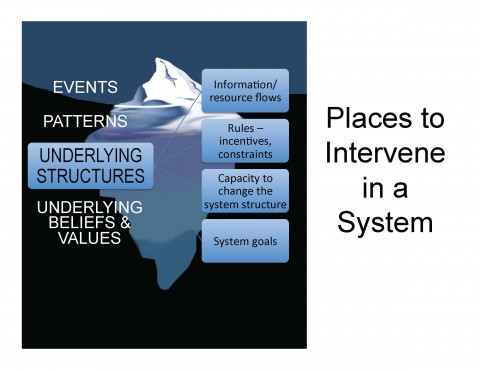 In addition, Cynthia and I joined Richard Berkfield from Food Connects, Linda Berlin from the University of Vermont, Abel Luna from Migrant Justice and Kristin Hall from Community Kitchen Academy to offer a session on food access and racial and economic disparities in the food system. This included stories from migrant farmers and other low income Vermonters; disaggregated data from the food system at state, regional, and national levels; and presentations on basic concepts relating to equity and implicit bias. This was followed by a deep dive session engaging a smaller group in more conversation about the challenge of and opportunity in realizing equity and access in the food system. 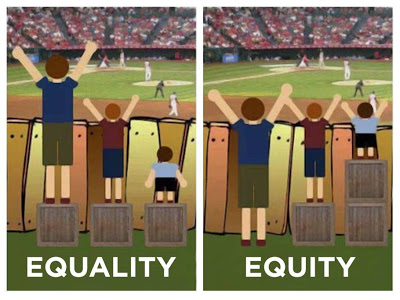 The convening was not without its bumps – this was to be expected as the network entered new territory collectively.  And as Food Connects’ Richard Berkfield said to participants:

“If you’re feeling uncomfortable, pay attention. You’re about to learn something.”

There is certainly much to learn and build upon in this next year, as VTF2P explores how a network can embrace the best of our autonomous and collective impulses to bring about a robust, resilient and equitable food system.  The mojo is in the motto – Freedom and Unity.