"Get to know the collision of hope and despair" 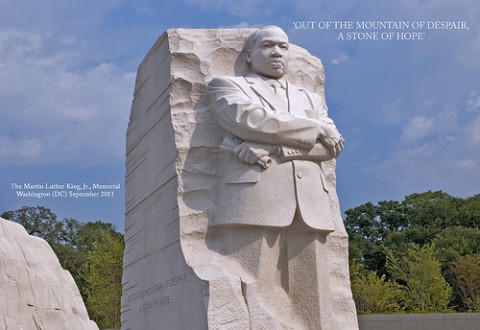 Following the recent New England Food Summit, my IISC colleague Cynthia Silva Parker and I turned to one another and essentially said, “Now the real work begins.” We had wrapped up co-facilitating a two day gathering of over 150 delegates from around the region with one 0f the goals being to bring everyone in attendance to a common understanding of how racism exists in our food system. In a debrief by the core team for the effort about a week later, the comment was made to nodding heads that a strong hope going forward is that white people become much more ardent and active throughout the region raising the question of how race and racism are operating in the systems of which we are a part.

Two months later, this hope is both challenged and echoed by recent events and in an article that appeared in the St. Louis Post-Dispatch following the killing of Michael Brown in Ferguson, Missouri. Washington University Professor of Law John D. Inazu makes an appeal to not make what is unfolding in Ferguson “a black thing.” More pointedly, he asks white friends and colleagues to spend more time getting to know the real and tragic dynamics of racism in this country. While the article is directed primarily at residents of greater St. Louis, it’s message speaks to all. It is well worth the read, and here I’d like to rift on Inazu’s entreaty . . .

In conversations about racial inequity, I am increasingly approached by agitated white colleagues asking what they can do. Here is a response (and know that I am also talking to myself here):

For more racial justice-conscious reporting and commentary on developments in and surrounding Ferguson, follow Colorlines. And tune in to the good work and resources of Race Forward, Center for Social Inclusion, and PolicyLink.