More Science to the Social

“Sensitivity can be very self-absorbing.” 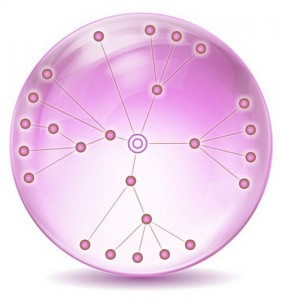 The older I get the more of an appreciation I have for science. Perhaps this is the natural balancing process that occurs over time in my Myers Briggs profile – more T to my natural F, more S to my natural N. It also owes to the impatience I have with the tendency I’ve noticed to throw the baby out with the bathwater when it comes to social change. Two examples I’d like to lift up are thinking about and reactions to consensus and hierarchy. As I become more influenced by research into living systems, I realize that these concepts are often given a bad name because of our tendency to take (or make) things very personally.

Consensus. In the trainings we do, participants often have negative reactions to the notion of consensus, saying that it is messy, time-consuming, and gives collaboration a bad name. Indeed, it can, and we do coach people not to take consensus-building lightly. Something that I’ve observed in many consensus-building processes is that facilitators often ask, “Is there anyone who can’t live with this?” Or, “Is there anyone who has an issue with this?” From my evolving evolutionary perspective, this way of framing consensus can make the decision about individuals, as opposed to the larger goals for which the collective is striving. In their book We the People: Consenting to a Deeper Democracy, which is grounded in scientific understanding of complex living systems, John Buck and Sharon Villines emphasize the shift that occurs when we frame consensus in a more objective and collective way. When members of a sociocratically governed entity consent to something, they are first asked if there are any “argued and paramount objections” to a given course of action. Here, “argued” does not mean a vociferous expression of feeling, but a well-reasoned expression of truth. The idea is that concerns should be raised in ways that are understood by all and possible to address. A “paramount” objection is something that would push a system beyond its limits so as not to be able to function at an optimal level toward some shared end. In other words, one is asked to think about one’s role and others’, in the larger picture of systemic functioning and collective goal attainment as a way of considering whether to support a decision or not. It is the experience of many using this technique of governance that overall angst and drama is significantly reduced and that consensus can be used as a way of deciding how to decide in much more efficient and effective ways.

Hierarchy. With all the buzz around networks, there is a tendency to talk about “flat” and “leaderless” movements, seemingly jettisoning the important function of hierarchy. Hierarchy in a living systems sense, is not about pyramid structures of power, whereby upper levels have more power than and over lower levels. Rather, it speaks to a natural and adaptive element of a complex living system – levels within levels, or nested systems.  As Jessica Lipnack and Jeff Stamps write in their seminal book The Age of the Network, “Hierarchy brings us molecules, atoms, particles and quarks in physics.  Biology has cells, tissues, organs, organisms, ecologies, and environments.”  These levels are what help to facilitate evolution over time.  They are what Herbert Simon called the “architecture of complexity.”  To the extent that hierarchy has gotten a bad name, it is largely because human beings have turned these into oppressive structures that serve only “elite” elements, and in the process stymie collective intelligence and evolution.  The step forward has been the combination of hierarchy with more distributed and linked structures, in some places called “heter-archy.” The point being that if we throw out hierarchy, we end up losing a key and critical evolutionary structure and talking about “leaderless” networks rather than “leader-full” ones.

In all of this I reminded of the mantra I was first introduced to by Ken Wilber, that in evolution the tendency is to transcend and include.  May it be so in our individual and collective thinking and actions.