Portrait of a Facilitative Leader 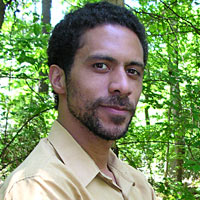 Erich Jarvis is a neurobiologist at Duke University and a specialist in bird songs and calls.  He was raised in New York City, attended the School for the Performing Arts (where he was an accomplished dancer), and went on to study birds while a student at Hunter College and Rockefeller University.  His ongoing research suggests that birds are more intelligent than we give them credit for, and Jarvis hopes that his focus on the complexity behind bird songs will lead to therapies for human beings with speech problems.

There are those in the scientific community who have objected to Jarvis’ and others’ assertions about avian intelligence, in part because the terminology used to describe a bird’s brain had long emphasized its primitiveness. This is precisely what Jarvis set out to change a few years ago.  He took it upon himself to pull together colleagues from around the country and across disciplines to collaboratively rename parts of the avian brain.

This was no small project.  The convening he put together was fraught with disciplinary friction and clashing egos.  Undeterred and well-served by his choreographic skills, Jarvis held the center, by turns stepped back, listened, gave input, mediated, and in the end facilitated a complex process that resulted in shared agreement and a jointly published paper on new names for the avian brain. This work not only contributed to the emerging understanding of bird intelligence and heightened esteem for our fine feathered friends; it has paved the way for more research that may help us to better understand ourselves.   All of this from Jarvis’ bold and risky move (risky to his career, many have said) to step outside of the often solitary and competitive practices of scientific research, to help people create something no one could accomplish alone.

Jarvis claims that this collaborative approach came naturally to him, even if it doesn’t for most scientists. That said, he offers, “In science breakthroughs often happen when different fields are combined. The discovery of DNA happened because physicists brought their technology and ideas to biology. They brought an old question to a new field.”  Jarvis goes on to say, “The same thing happens culturally. You have people from different backgrounds coming together, and they bring their thinking in ways that haven’t been combined before.”

On this last point, he speaks from personal experience as a someone who has crossed many boundaries in his lifetime and who has put together a multicultural, multi-gendered, international lab at Duke. Erich Jarvis is the paramount example of what we at the IISC refer to as a facilitative leader, and what we believe and hope is the face of leadership going forward.