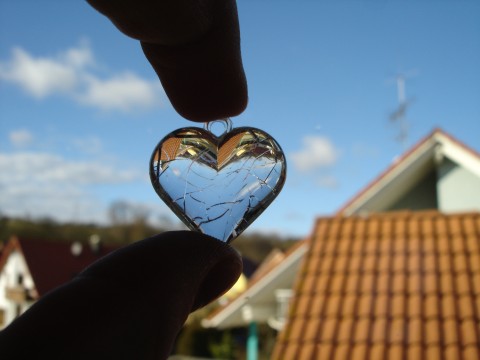 Every life is precious and every death matters.

Real people suffered and died on 9-11 and in the decade since and it is fitting that friends, families and communities remember them publicly. With the exception of one story about a Pakistani man whose family were innocent victims of a drone attack, the stories focused almost exclusively on pain in the U.S. It appears that the deaths of people outside the U.S. (who are the majority of those who died over the past decade as a result of the attacks and the response to them) aren’t newsworthy. I grieve for all, not just the Americans, who have suffered.

There is more than one “American experience.”

I’m equally troubled by the discussions about how “we” have changed since that day. Does “American psyche” has a permanent scar? What do school children remember or what are they being taught? Have the security-related technology advances made us safer or more paranoid? Have any perceived shifts in been beneficial or detrimental to the “American way of life”?

For one thing, while there is a mainstream narrative about the attacks, their cause and their consequences, I don’t believe there is one “American psyche.” Folks in the U.S. experienced 911 and its aftermath differently, depending on things including their immigration status, religion, race and ethnicity. To discuss the “American psyche” as if it somehow describes everyone’s cognitive and emotional state negates many other, no less real or valid experiences. Just think about how Muslims in the U.S. have experienced the last decade.

The privilege of oblivion is dangerous.

There has been little exploration of what 9-11 and the U.S. response to it has meant to the rest of the world. I heard surviving family member say “I will never be able to understand why it happened, but I am committed to making sure it never happens again.” Respectfully, I wonder how that is possible. Without understanding the conditions that gave rise to the anti-U.S. militancy expressed on 9-11, how can anyone hope to intervene effectively? And, the persistent failure to seriously consider the impact of U.S. policy on people outside the U.S. (before 9-11 and since) can only give rise to more anti-U.S. militancy. I don’t believe Americans are safer today and I believe the response to 9-11 has made the world more dangerous for a lot of people around the world.

Killing a leader doesn’t guarantee the collapse of a network.

Many of the conversations about U.S. strategy since 9-11 have focused on the effectiveness of the wars in Iraq and Afghanistan and exit strategies for the U.S. Where’s the examination of the efficacy of “war” as the modus operandi or “kill the terrorists and deny them safe havens” as the driving strategy. Both theory and history teach us that killing an individual leader does not guarantee the death of a movement or the collapse of a network. Nor does it necessarily rob an ideology of power to rally people to itself.

There’s been some discussion of how the wars have contributed to the national fiscal crisis. We borrowed because we “had to find the money” to finance the wars. I’m not advocating that soldiers in harm’s way be denied what they need. But, I object to the lack of political will to “find the money” to educate children, rebuild infrastructure, correct for historic injustices or ensure the social safety net at home.

So, while my heart is heavy at hearing the stories of brilliant, committed lives cut short around the world since 9-11, my heart is even heavier as I contemplate the consequences of continuing not to learn these lessons.