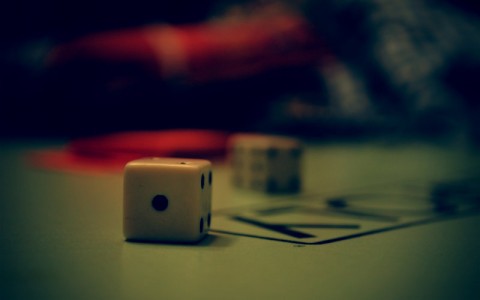 In military science, where strategy originated, the word refers to the large-scale plan for how generals plan to fight and win a war. Their tactics, in contrast, refers to the small-scale operations they employ to that end–like a small battle they wage to distract or confuse the enemy. Strategy, then , comes down to HOW you intend to achieve your vision of success, whether winning a war or creating a just and sustainable world. More specifically, your strategy is manifest in the choices you make in deploying your scarce resources in the most effective and efficient way to achieve success. If resources were unlimited, strategy wouldn’t matter. Like current super PACs, you can simply throw unlimited money at your rival until they’re simply driven from the field of endeavor. Ask Rick Santorum and Newt G. if you have doubt.

The classic example of this dynamic is a basketball game. Each side starts off with identical situations. The same number of players, same rules, relatively equal prowess on any given day. As the game proceeds, the advantage shifts toward one of the opponents, till at the end, even if in overtime, one side wins. How? One can analyze the game ad nauseum–as the pundits do each time–but it always comes down to the same conclusion: The winner is the team who has used their scarce resources– ball movement, energy, talent, chemistry, fans, penalties, etc.–most effectively. If you follow a B-ball game, imagine what would happen if the rules changed so that : (a) Each team could shoot free throws until they hit them, regardless of how many it took; (b) Each coach could afford a bench 4 teams deep in talent; if one of your 7′ starters is injured or tired, no problem. Just call in an equally talented 7′ behemoth; (c) If a shooter doesn’t feel “comfortable” with a ref’s call, he gets to take the shot over “until he feels comfortable”–meaning until he hits the shot. How do you imagine this might impact the game? Obviously, no real basketball game would be possible under these rules. Why? Because each team has access to unlimited resources, so there can be no winner and loser. The sport would bear no resemblance to the reality of the game we know and would be immediately abandoned by owners, players and fans. This analogy can be scaled up to geopolitical competition or down to family systems.

It always comes down to the effective deployment of scarce resources–on the safe assumption that resources are almost always limited in the real world. Why is Scandinavia, Germany and Canada in such good economic shape at the moment while the rest Europe and the US are struggling? Clearly, it has everything to do with how these nation states and regions used their scarce resources–economic, political and social capital. Tactics, in this definition of strategy, is part of the scarce resource kit you invest in order to implement the strategy. Back to the b-ball analogy, crashing the boards for rebounds is a tactic; your overall strategy might be to play for the fast break, transition speed, keeping your rivals off guard so they can never get into their sets. Scarce resources: speed, athleticism, size, aggression. Taking a charge is another tactic, used to destroy the rhythm of your rivals flow and get “free points”. Overall strategy, aggressive defense. Scarce resource: iron-man bodies capable of being hit at full speed and living to tell the tale. Tactics without strategy make no sense; they will never deliver success. They only make sense as part of a leverage system for a larger plan–like using a great 3-point shooter(like Ray Allen) as a decoy to draw a double team so others can get an open shot.

Now we’re down to the whole system that needs to be employed if we’re talking about the elements of strategy thinking that needs to be explicit and understood by all the stakeholders who aspire to transformational change. The process might go like this: First, clarify and align values. The roots of your system–eternal verities that define your identity. Next, a vision–a target that beckons about your desired future state– worthy of your best selves that flow from those values and are directly and clearly congruent with them. Third, your mission –your raison d’etre–the socioeconomic purpose that reflects both your values and vision. (A vast body of research over the years demonstrates that “clarity of purpose”–mission–is the single most important factor in accounting for organizational success when all other conditions are held constant. Verify this for yourself). This is where passion is found, it’s the heart space, where the game is won or lost. Without it, strategy is just an idea, an abstract intention, and will never matter. Below these ideational, passion-driven concepts–which are characteristically ignored or short-shifted in most strategic conversations–comes strategic intent, a concise statement of direction–usually linked to the strategy: How you will deploy your scarce to achieve your vision. Summary: Values, vision, mission, strategic intent, strategy. That’s the flow down, though as we know from heuristic thinking, it never quite happens that way. This is the set of concepts I’ve found most useful to employ with the most promise of a productive conversation and outcome. And I agree with the basic premise: definitional clarity really matters.