What we are learning about building peace

Last year we organised a Peacebuilders Workshop to create space for practitioners involved in peacebuilding work locally to come together and critically appraise our practice and identify the lessons learned about peacebuilding in conflict/post-conflict contexts. The discussion at that workshop calls to mind a number of important aspects of peacebuilding work that align with our approach at IISC.

Peacebuilding requires at its core the kinds of human principles or values which resonate with those required for other kinds of social change work. These include creativity, relationship building, and networks.

Creativity: This is defined as the ability to transcend traditional ideas, rules, patterns, and relationships, and to create meaningful new ideas, methods, and interpretations. George Bernard Shaw said of creativity:

“Imagination is the beginning of creation. You imagine what you desire, you will what you imagine, and at last, you create what you will.”

A more contemporary writer, and one who focuses specifically on peacebuilding, is John Paul Lederach. In his wonderful book, The Moral Imagination, Lederach lists creativity as critical to peacebuilding and urges those of us involved in working in this area to “provide space for the creative act.” He acknowledges that new ways of thinking may pose a threat to the status quo, and so it is important to provide space for the creative act to emerge. This is a call to all social change activists and facilitative leaders everywhere. Creativity opens us to avenues of inquiry and provides us with new ways to think about social change.

Relationships: Another core theme that consistently arises when we think and talk about peacebuilding is the centrality of relationships. IISC’s Dimensions of Success model draws attention to key questions for each dimension of success: results, process, and relationship. Facilitative leaders, and I would argue, peace-builders, need to collect and evaluate information related to these dimensions and make conscious choices about where to focus their attention in order to have the greatest impact. In the context of peacebuilding, those that concern relationships are particularly important:

The answer to these questions from people in divided societies and communities as well as those experiencing conflict tend to be, mostly, no.

Thus, as leaders and peacebuilders, we need to consider how we go about creating supportive and trusting relationships which lead people to recognise the value of the “other” and of their own value. This is also a theme developed by Lederach when he notes that the relationships which have formed in the context in which violence happens are also going to be needed to generate the energy that enables people to transcend violence. Relationships strengthen through the building of trust, which in turn is fostered by groups “doing something together.” Thus, the provision of support, in whatever forms are required, enables people to work across different boundaries and begin to build relationships and develop trust. This support is critical in societies that are experiencing conflict and those that are struggling to emerge from it.

Networks: Participants at the Peacebuilders Workshop also identified the importance of building strong networks – I’m reminded of my colleague Curtis Ogden’s comment on networks in an earlier blog post about how “seeing the foundation of all change efforts as being fundamentally networked can yield new possibilities.” Lederach, too, talks about networks when he references the invisible web of relationships that holds societies together and the need to be both “web makers” and “web watchers.” 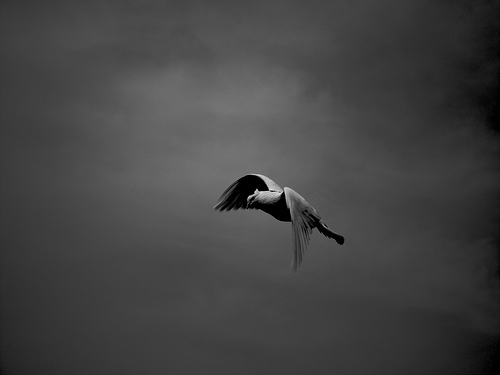