Whose Problem Is It? 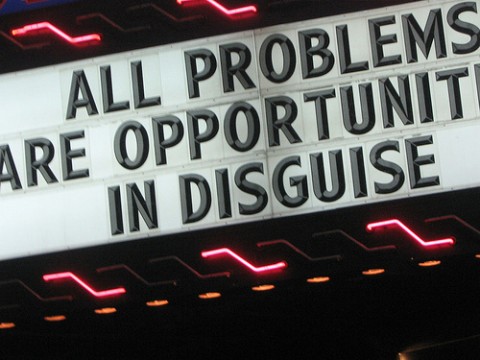 I have been struck by how much guidance an enlightened parenting concept I recently learned offers to the work of leadership and facilitation.  The concept comes from a book that a neighbor lent to my wife and me as we were beginning to think more about how best to address some our 4 year old daughter’s testing of limits.

The gist is something like this – in any given moment of disruption, it is important to carefully sort out not just what the problem is but also whose it is before jumping in to address it (or not).  For example, in some cases, we will be triggered by a behavior that has more to do with our own “stuff” than anything that actually needs to be dealt with in the moment – this would be “my problem,” which it is probably best to sort through off-line.  In other cases, there may be an issue that a child really needs to work through on his or her own, so that rather than making it our problem as parents, it is best to put it back on the child (“your problem”) to sort through how to do something differently.  And then there are cases where the problem becomes “our problem,”requiring a real engagement on both sides to get things back on track.

This sorting through of whether something is “my problem,” “your problem,” or “our problem” could be helpful when leading and facilitating groups.  In some cases, we will be triggered by something that occurs that is inappropriate to put on the group or a (perceived) instigating individual.  This is where we are called to own our stuff and do work on ourselves outside of group time.  In another instance, an individual’s behavior may be something that that individual needs to sort through, it is not appropriate for the leader/facilitator or group to play therapist.  It may be best for there to be a suggestion that that individual seek support outside of the group.  And there are fine lines in both of these cases, where my or your problem is the group’s problem, and a judgment call must be made about how to sort this through as a collective.

There are also cases where it might be helpful to sort out what part of a problem is mine, yours, and/or ours.  I was thinking about this with respect to some work I am supporting around fisheries reform.  When reform becomes an all or nothing proposition without shared responsibility, we have a bigger problem than we started with. On the other hand, when state or federal government can identify that their part of the problem is figuring out how to hold the public and scientific stake by determining what sustainable catch is for a species and setting limits with policy, then fishermen can take on organizing themselves to figure out the best ways to work within those limits.  Our challenge then is getting clear about the presenting problem, its component parts, and related and rightful ownership.