I ended my summer reading with what was for me a fascinating book – Evolutionaries by Carter Phipps.  Phipps is the editor of EnlighteNext magazine and enthusiastic about what we calls “the evolutionary worldview” and how it is showing up in many different fields, from biology to sociology to philosophy and theology. He sees this perspective as transforming understandings of just about everything. Evolutionaries does a great service by deepening and broadening as well as bringing much more nuance to what I see as a very important perspective for the work of social change.

Phipps’ book is in part retrospective, looking at the history of “the evolutionary perspective” that shook up perceptions of “a fixed world” when it suggested that creation is not static, but ever-changing.  This realization is still making waves and sinking in. Carter writes – “As the fog of fixity lifts, we are finding ourselves much more than observers and witnesses to life’s unfolding drama.”  In other words, with this view of an evolving world, there is a greater associated sense of movement, possibility, engagement, and response-ability.

Phipps goes on to explain that the evolution he and other like-minded evolutionaries are talking about is “trans-Darwinian,” that is, beyond purely biological considerations, inclusive of cultural transformation and a spiritual perspective. He is also careful to discuss the dangerous pitfalls of an evolutionary perspective when it becomes associated with exceptionalism, as it has, especially of a particular group or species, or becomes overly deterministic.

“We do not have worldviews; for the most part, they have us.”

In what was the most personally provocative part of the book, Phipps talks about how the change of our inner experience of the world is often the most under-considered and under-appreciated aspect of evolution. Many people do not acknowledge the extent to which our internal world shapes the external. As The Talmud says, “We do not see things as they are, we see them as we are.”  And the way we are and the way we see (our worldviews) are in flux. Phipps references various theorists who point to how people tend to historically assume that our ancestors operated with the same structures of consciousness that we have today.

Phipps quotes the biologist-theologian Pierre Teilhard de Chardin above in exploring if there is a direction to social evolution. In conversations with a variety of people across disciplines, Phipps hears a general trajectory, without a clear destination, of increasing complexity, creativity, and convergence, with a heightening capacity for human beings to reflect upon these trends.

To take all of this another step, there is much in the evolutionary (biological/physical and philosophical/ spiritual) literature that validates and extends thinking about how to work with life and dynamic systems to steward change in broadly desirable, just, and life-affirming directions.

What does an evolutionary perspective inspire in you and your work? 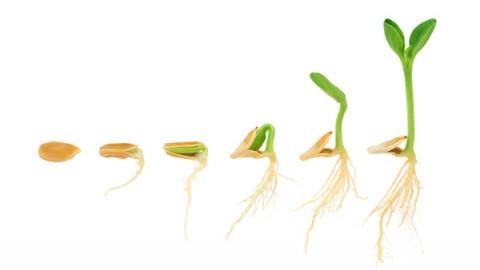